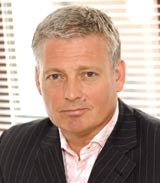 When ‘dinosaur’ media owners can raise their game to meet the challenges of the new media environment, why is it so difficult for agencies to do the same? By Steve Booth

Attend any media conference and there will be a smartly dressed young man or woman from a media agency on the platform. They will be bright, and will present an extremely lucid and informative prognosis for the future of the media environment and how consumers will respond to it. Once the applause has died down, they will return to their desks in an organisation that is stuck, structurally at least, in the environment of the mid-1990s.

And that is the situation in the best and biggest media agencies. I wonder whether the irony of their situation ever strikes them, or if they are simply too busy to have time to think deeply about such issues.

It is becoming clear that life is increasingly being driven by change at media owners. For all the smart thinking that goes on in the agency world, most agencies have become responders, rather than initiators. They are too busy chasing new business at any price to see the risks that this poses. Faced with pressure on margins, many have resorted to systems to simplify the technicalities of getting media spend “away”.

And this has effectively tied us to the traditional media owners, at a time when fragmentation and an explosion of digital media mean there are more options than ever before.

That means spending the bulk of clients’ money with traditional outlets – television, press, radio and outdoor – simply because it is more efficient to do so and is all they have time to do, given the margins they have been willing to accept. Even in “new media” the same model has been adopted.

In 2004, digital agencies complained that 83 per cent of media spend was going to the top ten sales points. And I doubt the figure is much different today. Compare this with the situation at media owners/ they are hiring some of the brightest brains to work in creative solutions units and adjusting their business model to the new world.

Take ITV for instance. Long derided as the biggest dinosaur on Planet Media, dependent on a trading model that relied on brute force to retain spend against a declining audience, in the past few years it has undergone a remarkable transformation.

It has not got everything right, of course, but has very definitely moved in the right direction. It now has a viable multichannel strategy with all four ITV channels sharing the same branding and, following the acquisition of Friends Reunited late last year, the company is developing a multiplatform presence to position it for the broadband viewing revolution.

There was a time when ITV could not even agree to broadcast the same logo across the country. Pick up a copy of Marketing Week from three years ago and you’d be hard pressed to predict the broadcaster could have got its house in order to this extent.

Similar changes are taking place at other media owners: Channel 4 is looking at a move into digital radio and News Corporation has spent billions on recent online acquisitions.

Faced with the same changes in the media environment, the big networks have failed to match this response. Personal fiefdoms are all too often the order of the day, and restructuring involves stroking egos and rearranging chairs rather than a radical rethinking of the offer.

Media networks are finding it hard to re-engineer their businesses, and the large networks have been slow to respond. In the worst-case scenario, media planning now involves a planner writing a brief and sending it off to creative solutions units at media owners, for them to come up with the answers. The best or most cost effective are then cherry picked, and the agency takes the credit.

When BJK&amp;E first introduced this practice as an incentive for media owners to offer their best solutions, it was an innovation. Sadly it’s become an accepted working model, one that allows the agency to reduce resources while superficially offering the same quality of service.

Media agencies claim to be hubs of innovation but that is often not the case. Whatever sector you take, if one brand does something different, others will pile in with the same strategy. A few thinkers are leading what has become a broadly copycat industry.

The best agencies will respond and adapt to the new environment of new media and emerging platforms. They can be the hubs that hold together marketing thinking, the structural centrepieces of marketing communications in the 21st century. Then they can charge the same rates as management consultancies.

The Institute of Practitioners in Advertising’s recent plea for a 20 per cent margin is supposed to help them offer such a service and, rightly, advertisers should pay more, but only if they see evidence that their modern media agency is fit for such a purpose.