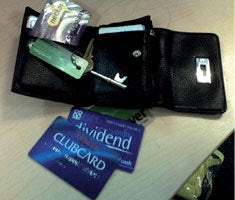 The Co-op certainly started something with its dividend stamps – a reward scheme that helped it become the UK’s leading grocery chain among other things for 50 years up to the 1970s.

Today the public’s love affair with vouchers, coupons and loyalty plastic is as strong as ever.

Last year, coupon fulfilment house, Valassis, responsible for processing more than 85% of coupons redeemed in the UK, reported that a staggering 3.8 billion were distributed – that’s around 60 for every man, woman and child.

“It goes to illustrate the enduring power of this sales and brand-awareness boosting tool,” says Ming Blackburn, Valassis’ marketing manager. “Also, since both distribution and redemption values are climbing, companies are clearly willing to increase their investment in the sector.”

That willingness may be due in part to the widening demographic appeal of vouchers and coupons. Once synonymous with misers and skinflints, according to Valassis, the modern-day coupon user is just as likely to be a “young, urban, car-driving male”.

Growing popularity
Nearly 70% of those earning more than £100,000 a year use coupons and, says Blackburn, more coupons are issued for wine than any other product – underlining the growing popularity of vouchers with the middle classes.

Andrew Johnson, director general of the VA (formerly the Voucher Association), believes that the upward trend is reflected in the sales expansion of pre-paid (or denominational) paper vouchers and gift cards. “The growth is across the board,” he says.

Indeed the market is changing so rapidly that the boundaries between denominational and non-denominational vouchers, and gift cards and electronic points schemes are becoming less clearly defined.

“But despite their undoubted impact on the market,” says Johnson, “gift cards have not really made great inroads as incentives. In the US they’re used to reward customers in the same way as a sales promotion. The question is: does that mean that something like a Nectar card then becomes a gift card?”

When it comes to the issue of paper vouchers versus plastic cards in Britain, the market is split. And in an industry estimated to be worth several billion pounds a year, there are intense discussions about the relative merits of each.

Proponents of the paper voucher include John Lewis and Sainsbury’s (though the latter plans to start gift cards later this year). Says John Bohan, account manager for John Lewis’s corporate gift vouchers: “We prefer to focus on what the paper format can unlock. The vouchers come with a scratch-off panel which means that they can be spent in person or online, so they have the multi-channel flexibility.”

The list of gift card converts includes Boots, Asda and WH Smith. And supporters of plastic point out that it offers real benefits in terms of security, brand building and measurability. Also most people in the industry agree that plastic cards represent an evolution and that they will grow in popularity.

John Sylvester, executive director of P&MM which specialises in providing a number of voucher-related products, predicts that 75% of traditional incentive voucher business will switch to plastic in the next five years.

With the stakes so high, the majority of retailers are continuing to offer a range of different vouchers and coupons to attract customers and encourage loyalty.

While discussions continue about the relative merits of the different formats, there are those who point out that the crucial issue is ensuring that such schemes are properly targeted and reach the right consumers. “What it comes back to,” says Johnson, “is how a programme is used within the retailing strategy. If companies look at it as just another form of payment, like some pre-paid debit card that the banks are starting to offer, they are missing the opportunity to increase customer loyalty and leverage the brand to increase the footfalls.”

Mark Grice, managing director of Catalina Marketing, says that for coupons and vouchers to work as a viable and cost-effective marketing channel, they need to encourage customer retention and shopper frequency.

Cost effective
He says: “If customers find the promotion exciting and personally beneficial and if the offer is delivered in an appropriate and timely manner, they will respond. Somerfield, for example, recently launched a behaviour-based coupon programme, which offered all customers, not just card holders, instant coupons that were tailored to their purchases.

“Targeted coupon schemes are the next evolution in loyalty marketing, as they enable brands and retailers to reach customers with highly differentiated offers and messages.”

Zoë Eastwell, Valassis’ sales and marketing director, database marketing, feels that the internet has yet to come into its own as a means of providing coupons. Paperless coupons, she says, could gain ground as awareness of the medium grows.”

Others including Johnson though point out that vouchers and gift cards work because they feel like gifts.

“But rewards that feel functional and impersonal,” he warns, “are unlikely to build customer relationships.”