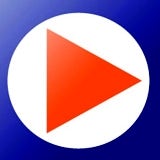 The online retailer says people will take advantage of greater choice and competitive pricing online ahead of the VAT increase from 17.5% to 20%.

It adds the busiest online shopping day of the year, dubbed “Mega Monday”, will be 6 December, when it expects to receive up to 1,200 orders a minute at the busiest point.

Stuart Rowe, chief operating officer at Play, says: “Mega Monday is set to be our biggest sales day ever. We’ve seen it grow each year and expect 2010 to continue this trend.”

Internet retailing trade body the IMRG agrees with Play’s predictions of a growth in online shopping this year.

CEO James Roper says: “Nervousness about the Government’s spending cuts is likely to impact high street spend this Christmas, with a third of people saying they plan to spend less than they did last year. Despite this, it’s a far rosier picture for online retailers, which look set to do well this festive period.”

The IMRG predicts UK consumers will spend £17.4bn online in Q4, up from £15bn in Q4 2009. According to its e-Customer service index research, 28% of consumers say they plan to do more Christmas shopping online this year, 61% planning to do 50% or more online.