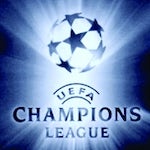 As part of the deal, agreed with the console’s maker, Sony Computer Entertainment Europe (SCEE), PlayStation will also sponsor the UEFA Super Cup in 2009, 2010 and 2011.

Darren Carter, vice president of consumer marketing at SCEE, says the tournament offers it an “opportunity to talk to football fans around the world”.

Sony PlayStation joins Heineken, Sony, UniCredit and MasterCard as the fifth official partner for the 2009-2012 period.

UEFA also has official partnership agreements with Ford and Vodafone. Both are due to expire at the end of this season. Vodafone announced it would not be renewing its contract last December, but Ford has so far yet to reveal its plans for the new season.

Sony PlayStation has been a sponsor of the tournament for nine years, launching several Champions League branded games that use the competition’s format and many of its regular participants.