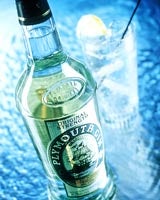 Plymouth Gin has hired channel director of Seagram’s Ideal Brands, Nick Blacknell, to be its first international marketing director, as it prepares to establish itself as a global premium brand.

Blacknell’s appointment comes less than a month after Plymouth Gin became part of the Maxxium portfolio, a distribution consortium set up by Jim Beam Brands, Remy Cointreau and Highland Distillers.

Swedish company Vin &amp; Sprit (V&S), which owns Absolut Vodka and has a 50 per cent share in Plymouth Gin, took a 25 per cent stake in Maxxium when it formed a joint distribution venture with US-based Fortune Brands, owner of Jim Beam Brands. Both Absolut and Plymouth Gin were previously distributed by Seagram, which sold its drink portfolio to Diageo and Pernod Ricard last year.

“As channel director of our former distributor, Blacknell has an in-depth knowledge of Plymouth Gin and has been instrumental in building the brand over the past two years,” says Plymouth Gin chief executive Charles Rolls.

“With access to the expertise, influence and distribution of V&S, substantial growth on the international stage is well within our reach.”

Rolls will not confirm whether the company plans to appoint an advertising agency, but says marketing activity, including advertising, will be stepped up following Blacknell’s appointment. In the past Plymouth Gin has used Team Saatchi on a project basis for print campaigns.

Sales of Plymouth Gin are expected to top 100,000 cases this year. When a consortium led by entrepreneur John Murphy bought the brand from Allied Domecq in 1996, it was selling 4,000 cases a year.