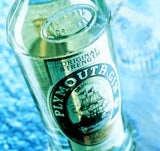 Four years ago Plymouth Gin was on the verge of being written off as a defunct brand. Years of underinvestment – first by Whitbread and then Allied Domecq – had left sales languishing at less than 4,000 cases a year.

Now the 208-year-old brand is preparing to conquer the world, with the help of Swedish Absolut Vodka owner, Vin &amp; Sprit (V&S), which bought a 50 per cent stake in Plymouth last year.

Last week, Plymouth, which was bought from Allied by a consortium led by entrepreneur John Murphy in 1996, appointed its first marketing director (MW last week). Nick Blacknell, previously channel director of Seagram’s Ideal Brands – which until recently handled the distribution of Plymouth and Absolut – is charged with turning the brand into a global player.

“Plymouth Gin is already available in 25 markets, including the US, Canada and Japan, so we have a solid base to work from,” says chief executive Charles Rolls.

Sales of the brand are expected to reach 100,000 cases this year, despite a marketing spend in 2000 of only &£250,000. But how realistic is it to harbour ambitions of building a global spirits brand at a time when, according to Datamonitor, the spirits market is expected to shrink by 0.1 per cent between 1999 and 2004, with whisky, rum and gin taking the brunt of the decline?

“If you divide the gin sector into premium and non-premium brands, the premium sector has been growing at 15 to 20 per cent a year over the past four years,” says Rolls.

He claims that Plymouth has over 30 per cent of the premium gin market in the UK and is “neck and neck” with Bombay Sapphire.

But one analyst cautions that the premium gin sector is still very small and that growth is largely restricted to the US market.

While Gordon’s still dominates the gin market in the UK, with sales of &£434m last year, UDV Guinness’ decision to reduce the strength of the brand from 40 per cent alcohol by volume (ABV) to 37.5 per cent to save on excise duty means it is no longer classified as a premium gin.

Global sales of Gordon’s Gin fell from 5.4 million cases in 1999 to just over 5 million last year, while sales of UDV’s premium gin brand, Tanqueray, increased by two per cent to 1.83 million.

In the light of falling sales, Diageo has removed Gordon’s from its priority brands list. According to analysts, the move is an indication that the world’s biggest drinks company has realised that any growth in the gin market will come from the premium sector.

It seems likely that Diageo will increase its focus on the premium gin market by investing in Tanqueray and its brand extensions such as Tanqueray no Ten, which launched last year.

While this will increase competition in the premium gin sector, it is debatable whether this area of the market can sustain its current growth rate for much longer.

The huge growth of the vodka market in recent years is largely attributable to innovations such as flavoured vodkas, and it is hard to imagine there will ever be a similar rate of new product development in the gin sector.

“Gin is a bit of a ‘nothing’ sector and Plymouth is emerging from a very small base,” says one analyst. “How well it does will depend on the marketing and how people, especially in the US, take to the brand.”

Former UDV marketing director Tony Scouller thinks Plymouth Gin is in a good position to establish itself as an international niche brand, but that it will never be big enough internationally to rival the likes of Gordon’s Gin and Allied’s Beefeater Gin.

Last month, Plymouth became part of the Maxxium portfolio after V&S bought 25 per cent of the distribution consortium set up by Jim Beam Brands, Highland Distillers and Remy Cointreau.

Plymouth will be distributed in the US through Future Brands, a joint distribution venture set up by JBB and V&S, which rivals Diageo as the world’s largest drinks distributor.

“The key to marketing a brand internationally is to have good distribution, which Plymouth has through Maxxium and its other consortia,” says Scouller.

“It is a question of finding a niche where a brand can be different. It needs to emphasise the Plymouth name and the naval design of the bottle, the brand’s history, and the level of alcohol. If it plays up those factors, it should have a decent chance.”

There is no debating V&S’s commitment to the brand. The Swedish state-owned drinks company chairman, Peter Lagerblad, says: “Plymouth is a product with a rich history. Sales fell in the eighties and nineties because the previous owners did not invest in the brand. We don’t intend to make that mistake.”

Plymouth can also take heart from the international success of Bombay Sapphire, which Bacardi bought from Diageo in 1998. It now occupies a leading place in the super premium gin category, selling 1.12 million cases globally last year.

A spokesman for Bombay says the brand’s growth has been aided by the recent resurgence in cocktails among young urban professionals.

Rolls says the positioning of Plymouth as a premium gin with an “authentic history” is already winning over consumers on both sides of the Atlantic.

The first task facing Blacknell, who joins the company in the middle of June, is deciding what advertising support to put behind the brand.

“People tend to assume that you must have advertising and you must have PR, but Plymouth is proof that a brand can grow with very little spend,” he says.

While Plymouth will not be aiming to establish itself as an “image brand” in the same way that Absolut has, its approach to advertising will be similar to that of V&S.

“It is no coincidence that I have worked on both Plymouth and Absolut in the past,” Blacknell says. “While the advertising message will be different, we will take the same disciplined approach to marketing.”

It remains to be seen whether Plymouth will command the same position in the gin sector as its Swedish stable mate does in the global vodka market, but Rolls’ goal of reaching 1 million cases by 2011 looks within reach.

BP is understood to be looking for a global creative agency to handle its lubricants brand, Castrol. It is thought to be retaining Agency Insight, a specialist auditing consultancy, to advise on its agency arrangements. The move follows BP’s &£3bn acquisition of Burmah Castrol last year. BP bought the company for its lubricants business, which […]

The Greater London Authority has appointed Jayne Davies as its first head of marketing. Davies was previously head of marketing for the transport team at the Energy Saving Trust, where she oversaw the launch of TransportAction, which promotes the use of cleaner vehicles. She will be responsible for all GLA marketing, including managing campaign publications […]

StepStone, the online recruitment website, has renewed its Â£4m sponsorship of Channel 4’s sports programming for a second year.