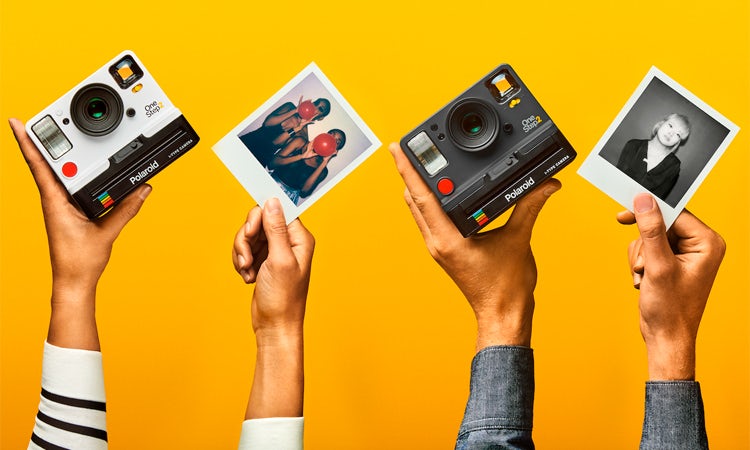 You would be forgiven for thinking Polaroid was dead, with the age of digital photography resulting in the majority of instant camera brands going the way of the dodo. Yet, against all odds, Polaroid is about to launch its first new analogue camera since 2003.

During its 1970s heyday, Polaroid was selling up to 13 million cameras a year and generating $2bn in annual sales. Back then, it is no stretch to say the masses were astonished by the idea of taking and then instantly printing a photograph.

In many ways, Polaroid remains a brand synonymous with 1970s and 1980s pop culture having been referenced in pretty much every golden Hollywood movie from that era. However, by 2008 this retro image meant very little with the business in decay and preparing to close down its last remaining factory. Put simply, this was because the masses favoured the simplicity of digital cameras and the lenses on their phones over taking an outdated Polaroid.

Step forward the aptly-titled company the Impossible Project. It acquired the last remaining Polaroid factory and film stock for just shy of £2m back in 2008 after seeing the potential for a retro resurgence. And although this initially raised eyebrows, it’s increasingly looking like a smart move.

Now rebranded as Polaroid Originals, the retro brand’s head of global marketing Martin Franklin says it is currently scaling up production having “steadily grown” its sales since Impossible Project took over nearly 10 years ago.

In fact, the brand is about to launch Polaroid OneStep 2, a successor to the original Polaroid OneStep, in Europe (where the largely digital marketing campaign will be handled by UK agency Margaret) having already “sold out across the board” in North America, where it’s stocked in shops such as Urban Outfitters and Best Buy. It also has plans to sell fully refurbished vintage Polaroid cameras back from its heyday.

Speaking to Marketing Week, Franklin says the brand has benefitted not only from a hipster-led trend towards vintage but also a backlash against digital products. He explains: “There’s been an incredible pick-up in analogue photography over recent years as people want an alternative to the cameras in their pockets.

In particular, Franklin believes the so-called “Stranger Things effect” has been incredibly beneficial to the brand. The Netflix sci-fi fantasy TV series is set in the 1980s and pays homage to the decade’s Spielbergian aesthetic, with retro devices such as Polaroid cameras and Atari consoles regularly popping up.

“Thanks to Stranger Things, people are enamoured by that 1970s and 1980s aesthetic,” he adds. “From a marketing perspective, we really want to use digital channels and experiential to focus on the ‘wow’ moment of a polaroid being printed out. Our market research shows 18-to 24-year-olds are astonished the first time they see a Polaroid in action. It really hasn’t lost its magic from 1972 when it debuted.”

Franklin believes this trend is a long-term shift. Equally, he believes consumers can see the difference between cheap re-releases and the real ones.

I’m 1,000% sure this brand can hit young people just like it did their parents.

He advises: “The key thing is to think about the product’s relevance today and not just live off past glories. You can really tell which brands do a good job bringing something back and those who do it averagely.

“Look at the first Mini, which BMW did. It was evocative of the original but ripe for what the market wanted today. We are consciously rooted in Polaroid history but also want to fit into what’s cool today as otherwise you burn brightly for a few minutes then it dies off quickly.”

Ironically, Instagram, with its polaroid-style aesthetic is more of an ally than rival to Polaroid’s business, according to Franklin: “Our photos have the white frame around them and that’s obviously popular on Instagram too so it helps us to target that same audience. These are visual assets any brand would kill for.”