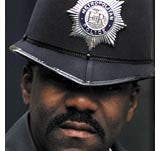 Marketing was previously handled by business development manager Mark Charnock. The new position has been created to increase the importance of marketing at the boardroom level.

Preston joins from building society Birmingham Midshires – owned by HBOS – where she has been head of insurance marketing for five years.

She will report to Police Mutual chief executive Graham Berville.

Preston is replaced at Birmingham Midshires by Steve Dergis, whose current role as head of new business marketing will be expanded to cover insurance marketing. The two teams will not merge, but Dergis will head both departments. He has been with the company for more than 20 years .

Police Mutual holds funds worth &£1.2bn for its 170,000 customers, making it the largest affinity group friendly society in the UK. Its customers include police officers, civilian support staff and their families.