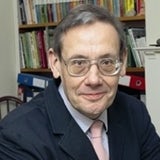 An experiment in the ancient city of Nijmegan claims that subliminal advertising works, but let’s hope it does not reawaken the liberal ad bashers of the 1970s

It was with a silent shudder and a morbid foreboding that I read the news from Nijmegan. This ancient city of some 150,000 souls seldom thrusts itself into the spotlight, preferring to go about its business of being discreetly and inoffensively Dutch, so it was quite out of character for Johan Karremans, of the local university to step out of the shadows and announce that subliminal advertising works after all.

I cannot question the validity or accuracy of his research/ suffice it to say that he gave a group a task during which half of them were shown a message lasting 23 milliseconds that named a drink. When the participants had completed the task, those who then rated themselves as thirsty were more likely to choose the drink if they had been shown the message. What makes me feel like retreating to a dark room where I might lie down with a damp towel around my head is the thought that this experiment might turn back the clock to the 1970s. In those days, fashionable liberal opinion for want of something better to attack inveighed against the evils of advertising. Old copies of Vance Packard’s The Hidden Persuaders and Martin Mayer’s Madison Avenue USA had the dust blown off them and were brandished like the thoughts of Chairman Mao; consumerism was breaking out of its shell and squawking, clucking and flapping its wings; and everywhere the air hung heavy with the scent of righteous indignation. On this side of the Atlantic, Roy Hattersley, then rejoicing in the title of Secretary of State for Prices and Consumer Protection (the precursor in terms of uselessness of the Department of Culture, Media and Sport), condemned the creation of false wants for which he held advertising responsible and as an example of the evil in action cited square potato crisps.

Now, thank heaven, Hattersley is safely entombed, like all good firebrand socialists before him, in the House of Lords, whence he emerges weekly to write a nostalgic column for that red rag the Daily Mail. Meanwhile, conscience stricken liberals wring their hands over global warming, leaving the persuaders to remain not just hidden but unmolested.

But suppose Johan Karremans were to start the whole thing off again and the consumerists, anti-capitalists and conspiracy theorists were to rise resurrected from their eternal slumbers, shake off their winding sheets and stalk the streets again. It would be too much to bear. Just as with feminism, those of us who lived through it the first time would not want to revisit the experience. We should wish once again to inhale the scented aroma of burning bras, harken to the sweet chanting of “all men are bastards” or tremble before streets thronged with handsome boiler-suited wimmin.

There is, however, hope that the discovery at Nijmegen will remain buried, its explosive potential unignited. My optimism hangs on the slender thread of political integrity. Though there may well be latter day Hattersleys, their salivary glands primed to erupt with foam-flecked fury at the manipulative exploitation of the working classes, they are surely outnumbered by a legion of politicians who have been enchanted by the sorcery of marketing.

Figures released last week show the extent of their bewitchment. During the election of a year ago, Tony Blair and Michael Howard spent almost &£1.3 m on PR advisers and foreign snake oil salesmen. As well as the money spent on persuaders, the parties lavished thousands on make-up artists for their leaders, hairdressers for their wives and fancy-dress costumes for eye-catching stunts. Michael Howard, the Conservative leader spent a total of &£3,638.35 on make-up during the campaign, most of which went to the make-up artist Carolyne Martini. Labour paid a total of &£299.63 to hire six Star Trek outfits from Mad World in London, so that party officials could pursue the Conservative MP John Redwood. The price included six pairs of pointed Vulcan ears. Similarly, the Tories spent &£3,500 to buy and import two Groundhog outfits from the US – and a further &£1,269.77 to hire the six actors who wore them outside Labour’s headquarters.

One of the oldest saws in advertising is that attributed to Lord Leverhulme who supposedly said that he knew half his ad budget was wasted, the trouble was he didn’t know which half. No such problem with Michael Howard’s &£3,638.35 on make-up, every penny of which was wasted before it was spent.

How in all honesty could people prepared to spend millions on PR hacks, focus group charlatans, and media manipulators presume to deride and pursue the advertising industry? Yes, you’ve spotted the flaw. I said “honesty” and that, my friends, is to a politician what fornication is to a nun.