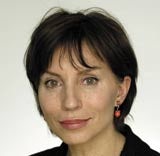 The Sunday Telegraph is to report its lowest December Audit Bureau Circulation (ABC) figure for ten years despite spending millions on a revamp and two new magazines launched in November last year.

But marketing director Katie Vanneck says this is due to depression across the newspaper market in December and that the Sunday title would be more accurately judged when the market picks up, traditionally after New Year.

Last November, The Sunday Telegraph editor Sarah Sands (pictured) gave the newspaper a new look with a modern masthead and two new magazines, women’s title Stella and listings supplement Seven. The ABC figures for December 2005 are not officially released until later this month but initial indicators suggest The Sunday Telegraph shifted only 645,000 – the lowest December figure since 1995 – and more than 40,000 fewer than the 687,000 copies sold in December 2004.

Vanneck says: “Most quality and mid-market newspapers were depressed in December. Year on year, only The Independent on Sunday and The Sunday Times showed growth and for three weeks out of four in December. The Sunday Times, in particular, had heavy promotional activity with media support. If we hadn’t relaunched, where would we be?”

Vanneck sees a brighter future this year and says: “It’s really too soon for us to start wondering why we had a bad second month. December is a strange month in newspapers but I’m expecting buoyed figures come January and February.”