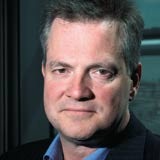 Porter, who quit as customer director of Abbey in June, takes up his new role next week.

He replaces Tamara Ingram, who became chief executive of Grey UK in May this year.

Porter, who was voted the second most-admired person in UK marketing in a Marketing Week poll last year (MW January 29, 2004), had overall responsibility for marketing, product development and pricing at Abbey and oversaw the rebranding of Abbey National as Abbey.

Porter will report to Eric Salama, chairman and chief executive of WPP’s research and consultancy division, Kantar. Salama says/ “Porter understands how clients buy brand and marketing advice, and he has shown throughout his career that he has the intellect, strategic skills and credentials to run a global business.”

Porter joined Abbey in June 2003 from BT’s consumer division, where he was first UK consumer marketing director and then managing director. Prior to joining BT in 1999, he had spent 15 years with Mars, initially as a scientist – he has a PhD in metallurgy – before switching to sales and marketing.

The news that Evening Standard managing director Mike Anderson is leaving to replace Camilla Rhodes in the same post at The Sun and News of the World has been the talk of the newspaper industry since it was announced last week. Anderson, who will be replaced temporarily by Associated Newspapers managing director Bert Hardy, is […]