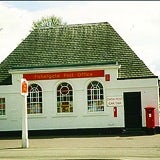 Moran will take over the marketing director role on an acting basis in the new year from Gary Hockey-Morley, who is leaving the organisation at the end of the year after almost five years in the job.

The news follows the Government’s pledge to invest £1.3bn over the next four years in the Post Office network.

Business secretary Vince Cable has said he wants to create a John Lewis-style structure for the Post Office “where employees, sub-postmasters and communities get a greater say in how the company is run”.

Before joining the Post Office, Moran was marketing director of Cable & Wireless in the UK.

It is not thought that Hockey-Morley, who spent 13 years at Abbey National, most recently as director of marketing and customer retention, has a job to go to.

Since joining the Post Office in 2006, Hockey-Morley has overseen the launch of several product and service initiatives including its broadband offering and the expansion of its financial services business, a joint venture with the Bank of Ireland.

He oversaw the launch of a brand campaign to push the Post Office’s community credentials earlier this year.