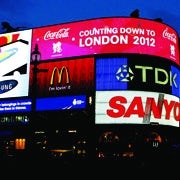 Marketing Week (MW)/ What’s the current landscape for outdoor media, and how are you using it?
Mark Holdsworth (MH): Outdoor plays really different roles across the Bacardi-Martini portfolio. Most recently, it has been instrumental in our first significant awareness-drive for Grey Goose vodka. Last autumn, we took over Bond Street Underground station and most of the Tube network with an array of print and digital work, which resulted in the brand experiencing double-digit growth.

Zandra Ives (ZI): The campaigns that Yell has been running over the last nine months have been to demonstrate that it is a modern brand. The brief to [our agency] PHD was to select outdoor media to provide considerable coverage, impact and stature, as well as media that allowed us to demonstrate our modernity. We ran on 48-sheets nationally including backlit 48-sheets for impact in key areas. These were complemented by seven mega banner sites that were chosen to provide nationwide coverage.

Paul Evans (PE): Out of home media has been most useful in relation to the launch of our core gaming titles, such as the Westfield mural activity for the game Halo Reach. It tends to be used as a point of gravity in these kinds of plans and campaigns, offering epic scale, a canvas for creativity and innovation and a focal point for the whole campaign.

Oliver Doerle (OD): Our Census campaign is perhaps unique because it had to talk to and motivate every household in England and Wales to complete and return their questionnaires. The backbone of the 10-week campaign was delivered by TV and heavyweight outdoor activity. The natural slant of outdoor towards areas of high population density worked well, as these were the areas where the most challenging audiences for the census were located.

Mike Baker (MB): There are now 140 ’million-pound spenders’ in terms of the brands using outdoor. The big spenders in the first quarter are the media (including Sky), telecoms (T-Mobile, Nokia), Food (Kellogg), entertainment (Universal, Paramount Pictures) fast food restaurants (McDonald’s, KFC) and banks (NatWest, Lloyds TSB). What helps this broad appeal is that the outdoor audience is young, affluent, typically in full-time employment and has a high disposable income in other words, a model target audience for many advertisers.

MW: Have you been able to use any new technology or information to maximise impact?
OD: Digital outdoor, with creative from Bray Leino and buying from MediaCom, was a great way to target areas of low response to the census with hard-hitting messaging focusing on the fine that people who didn’t respond could face. The flexibility to buy this short-term meant that, unlike traditional paper outdoor, the medium could be used at short notice in areas of lower response as levels of reply were tracked. The media costs were offset by the tight targeting and a qualitative assessment of the impact that the animated creative would have. 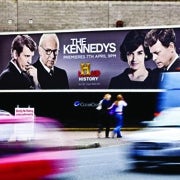 AV: We’ve used different paid online search bid management strategies to search around the sectors and post towns selected. We have recently used digital panels and transvision sites, and at the end of 2010 teamed up with JiWire to run a location-based campaign, part of which was around our key outdoor sites.

ZI: We used agencies Rapier and Grand Visual to develop interactive six-sheets at bus shelters and JC Decaux transvision digital screens at rail stations. The campaign was localised and ran in real time, and syndicated content from Yell with the destination of the next departing train. For example, if the next train was to Southend-on-Sea at lunchtime, the copy would have been “Heading to Southend-on-Sea? Try Southchurch Park Cafe 01702 603486”, followed by a customer review and the strapline: ’Yell.com for reviews wherever you’re heading’.

MB: Near-field communications, augmented reality, QR codes, Google Goggles, Wi-Fi, geo-targeting and temperature-triggered campaigns are all being used but it’s hard to say which are most effective. Simple SMS and Bluetooth have their place too. A Royal Marine Commando recruitment drive in cinema foyers while Quantum of Solace was on generated 87,000 downloads. We are seeing outdoor interfacing with social media and the mobile web, too.

MW:How do you measure the effectiveness of this medium? For example, what kind of effect does outdoor have on driving people in-store?
PE: That’s the million-dollar question. We aspire to “measure what can be measured” and against the communication task that we have set for that channel and execution. The Westfield mural for Xbox served tactical objectives driving week one sales at Westfield itself, where we exceeded targets, as well as more holistic campaign objectives of awareness and persuasion, through social impressions and video views of the making of the mural. This activity shows how outdoor doesn’t always have to be used in the traditional sense.

MH: Measurement of both the value in the market and its effectiveness still feels like it needs addressing as I strongly believe both are underestimated a better valuation would give advertisers more confidence in all data emanating from the out of home channel, including its effectiveness. Bacardi-Martini is fortunate to have real data from bars and gastro pubs, which help us establish our campaigns’ payback in addition to the increases in brand health we seek and track.

AV: We measure performance via our brand tracking studies and other research. Our rail campaign, for example, increased brand awareness and consideration among rail users. We also measure new business and existing customer penetration in key geographic regions so we can track the impact of any focused outdoor campaigns. Like any other form of advertising, it’s worth spending the time on research.

MW: How do you make sure outdoor is integrated into your campaigns?
PE: Simple ideas grounded on channels that are relevant and motivating to our audiences come first. Get this right up front, and the rest is relatively easy. Thousands of fans posted their reactions to the Westfield murals on Twitter and Facebook, adding a crucial peer-to-peer dimension. Over 1 million people saw them, and thousands of others viewed the virally seeded video. Traffic to our website increased dramatically, and the mural video was the most clicked part of the Halo Reach landing page.

AV: Outdoor supports our ’always on’ communication strategy. The sites we advertise on are based on our customer database insights, as opposed to buying off-the-shelf premium packs. Many of these customers may also receive direct mail from us and the creative that we use across all media has one look and feel.

OD: Integration was critical to ensure that the three phases of the Census campaign were seen by the right people at the right time, while the messaging remained consistent. Crucially, MediaCom negotiated bespoke copy change dates as we had different messaging at different times, mirroring the key campaign dates the distribution of 26 million questionnaires, the go-live date of the online site and customer service centre and the on-the-ground census operations team’s activities to chase up households that hadn’t responded. 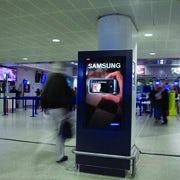 MW: How do you see the outdoor sector developing in the next few months? What are the challenges and opportunities?
MH:The expansion of digital offerings will accelerate, allowing creative executions more opportunity to integrate with other media and a chance to be seen at a higher frequency among those audiences that are out and about regularly.ZI: The main challenge will be ironing out technical issues associated with building a bespoke solution, and the lead times involved. This is an exciting time though, with companies pushing the technological boundaries. Creating advertising that allows consumers to interact with Yell in real time is a thrilling prospect. These new formats allow us to create bespoke solutions suited to our brand, products, consumer location and time of day. These will allow for more accurate reporting than traditional outdoor formats. Yell has already seen some great results from interactive formats that allow consumers to access our content. OD: The use of technology like QR codes and augmented reality that can be harnessed through digital and mobile is an exciting possibility. Digital out of home is now a key revenue driver it broke the £100m barrier for the first time in 2010 and the rise is set to continue with more panels being converted to digital units, especially in main rail environments and shopping malls.

People say there is still no national scale, but that’s not quite right there are whole national networks using garage forecourts and ATM networks, as well as large sites in main rail stations. In the first quarter of this year, digital made up 12% of all outdoor revenue a figure that is rising steadily. 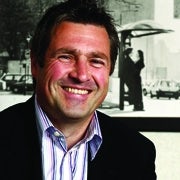 Our sector is adopting and working with the latest technologies, which include the expansion of digital out of home networks and better integration with other media, including online, social media and smartphone technology.

Looking at the youth market, the Generation Media report, by Clear Channel and Youth Conspiracy, reveals/ “The youth market can’t imagine a world without outdoor media it is their world. Outdoor media is arguably the only form of advertising that actually entertains the youth market rather than interrupting their entertainment.” The creative possibilities offered by touchscreen, gesture-based technology, plug & play, augmented reality, Wi-Fi, smartphones, QR codes, Google Goggles, near-field communication and location-based apps mean that brands can provide more value to their target audiences.

As well as our digital networks on the roadside in London, in malls across the UK and our flagship digital sites in Piccadilly Circus, we can develop bespoke digital campaigns. To mark the 25th anniversary of Beck’s Label Art, a Beck’s Art Crawl took place in pubs and bars in Shoreditch. People could check maps on Clear Channel’s six-sheet bus shelters around the area to find participating pubs, check-in on Facebook and be in with a chance of winning artwork.

Digital six-sheet screens were installed around Shoreditch, showing exclusive interviews with famous artists, which people could interact with by plugging in their headphones and listening to the content. Created by Mother, with media planning and buying by Vizeum and outdoor specialist Posterscope, the campaign is a great example of how a brand has integrated digital out of home with other media and used it to link the online and offline worlds.