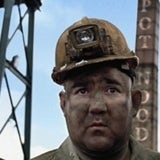 Mother’s first work for Unilever’s Pot Noodle brand has run into a storm of protest from Welsh people who think it disparages their culture and heritage. The ad features Welsh miners descending underground to dig for Pot Noodles. The Advertising Standards Authority (ASA) has confirmed that it has had 14 complaints about the campaign.

The “Have you got the Pot Noodle horn?” campaign created by United London – which lost the account to Mother in January – was the third-most complained about ad of 2005.

Despite 620 complaints, the ASA investigation cleared the ad.

Previous Pot Noodle ads have also been investigated by the ASA over the years – in 2002, it received a total of 414 complaints about a campaign referring to the product as the “Slag of all snacks”.

Complaints were upheld against one execution, with the tagline “Hurt me, you slag”, on the grounds of implied sexual violence, but the use of the word “slag” on its own was not deemed offensive.

The ASA has come down heavily on ads for London-based Advanced Hair Studio, which featured Australian cricketer Shane Warne.

After complaints from another hair replacement clinic and from members of the public, the ASA has ruled that the ads breached its ban on celebrity endorsement of medicines.

The company’s lawyers had claimed that Shane Warne was endorsing the company, not its products, but the ASA said the ad linked him directly to individual treatments.