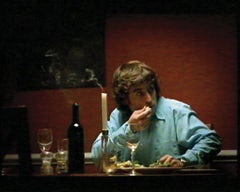 Branded manufacturers such as McCain and Walkers are expected to steeply ramp the prices of potato snacks and products after mixed summer weather led to a poor potato harvest.

Industry insiders say the price hike is expected to hit the snacks market hard, which is already under pressure from the health lobby.

It is understood that a hot July followed by an unseasonably wet August has hit the harvest hard and some industry sources predict the smallest crop for more than 20 years. One industry insider says that potato growers are increasing prices by between 15% and 20% to combat a drop in profits.

McCain is introducing a “double-digit price increase” across its portfolio at the end of September. McCain head of communications Simon Eyles says that the potato market is “challenging” in the UK and across Europe.

The weather has also led to a reduced crop of potatoes and this has led to some difficulties making “chunky” chips and potato wedge products, says Eyles.

Birds Eye acknowledges the difficult market across a number of vegetables but says it is “not clear what the cost implications will be” and Walkers declined to comment. KP Snacks was not available for comment.

A British Potato Council spokeswoman claims better weather over the past couple of weeks had already helped the harvest. She denies there have been price rises but adds that only a percentage of the crop had been lifted, so the BPC could not predict how it would affect prices.

Figures from the BPC from July 2005 to February last year, show that stocks were down to 1.81 million tonnes, the lowest since 2003.

The Natural History Museum has appointed Isobel to its estimated 1m creative business without a pitch. The agency has previously worked with the museum on a project basis.

Magners, the Irish cider brand credited with rejuvenating the moribund UK cider market, is being delisted by leading bar chain All Bar One in favour of Aspall Cider, effective from the end of this month.