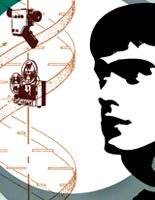 The shortage of good direct marketing agency staff and the resulting salary spiralling have been constant themes in this sector over the past few years. Many reasons are cited for this situation, but the recession of the early Nineties, which saw training investment wiped out, is still regarded as the start of the troubles.

However, scratch the surface and some more interesting reasons emerge. Agency heads generally bemoan the calibre of graduates they encounter these days, complaining that they are not what they used to be. Although there are more job seekers graduating from universities than before, the quality seems to have dropped. On the same point, agencies are increasingly competing, particularly with management consultancies, for the best graduates. Unsurprisingly, neither abovenor below-the-line agencies can compete with the salaries offered by the big management consultancy and accountancy firms.

Recruitment consultants are also in the firing line, blamed for inflating salaries unnecessarily and generally not delivering on their promises.

For the past four years, Carlson Marketing Group has conducted a salary survey amongst DM agencies, with 12 agencies taking part in the most recent report, conducted towards the end of last year.

One of the highlights of the report is that account handlers, particularly at junior levels, are seeing their salaries leap as good account handlers are in increasingly short supply.

According to the survey, since 1997, salaries in account handling, across all levels, have risen by 14.3 per cent against an economy-index-related rise of 4.72 per cent.

OgilvyOne managing partner Mike Dodds says that junior account managers are probably the hardest people to recruit. “If you have been through a good graduate scheme you are able to command a good salary. The past 12 months has seen a further squeeze on the pool of good account managers – some have been lured away by dot-coms and many headhunted by interactive agencies.”

Carlson Marketing Group creative director Chris Martin is a little more brutal: “It has certainly become apparent that the level of competency of account handlers seems to have declined over the past decade or so. So good ones stand out even more and consequently command bigger piles of dosh.”

It does seem that those people often referred to as “suits” in the past, are beginning to be held in much higher regard. Iris managing partner Ian Millner explains: “Account handlers are the holders of the relationship with the client. They are the people who have the most influence and ability to create additional income for an agency.

“Agencies realise if they hire the best account handler they can, it becomes much easier to be profit able as a business. The account handlers are the people that hang on to the business and make the most of it.”

Having said this, Millner is not convinced that the quality of account handling is improving. “Salaries are going up but you don’t get the same level of productivity any more. Recruitment is always a lottery and some people go through life trading in positions every 18 months and make a great career out of it. There is this general belief that the more you pay, the better the person will be. It’s just not true.”

But despite the massive increases in salaries that account handlers are experiencing, they still lag behind their creative counterparts.

Carlson Marketing Group human resources director Catharine Williams says this discrepancy is linked directly to a shortage of good creative staff at all levels. But she adds that in a post-survey forum conducted with many of the participating agencies, it emerged that creatives were less likely than their account handling counterparts to receive bonuses or have company cars. This may account for some of the discrepancy, in other words creatives tend to have higher basic salaries.

But there are other reasons. Millner believes the bonus discrepancy could be linked to the fact that “account handlers have careers and creatives have stints”. He adds: “Creatives, especially more junior ones, tend to be motivated in different ways, for example the lure of going to work at “x” agency with “y” creative director.”

Williams agrees that creatives have begun to view their careers differently. Williams says that at the post-survey forum it emerged that, historically, creatives received very little in the way of benefits. But she adds: “Recently this industry as a whole, and particularly creatives, have become far more ‘corporate’ in their attitude to benefit structure.

“Traditionally, creatives always preferred financial rewards rather than benefits. However, perhaps due to the stagnation in creative salaries in 1998 and 1999, companies have tended to substitute these benefits for salary increases.”

Another salary package worth noting was that of the creative head. According to the research, during the past year the highest increases in creative salaries have been at a senior level, with 17.46 per cent for senior art directors and copywriters and 39 per cent for creative heads.

The general feeling about the increase in the creative heads’ salaries is that it is a job that not many creative people aspire to – it often means being responsible for the administration of the department rather than doing any creative work.

Martin comments: “The group head position is an odd one and quite often invented as a sinecure for senior creatives who will never knock the creative head honcho out of his Phillipe Stark chair. However, when it works, it’s a pip of a gig. You have all the fun of marshalling creatives without all the board malarky, financial reports and budgeting.”

What the survey did not cover was the new breed of interactive staff who are beginning to populate agencies. It is therefore difficult to know what salaries they are commanding, but even in the wake of a burst dot-com bubble, people with interactive skills are still in high demand.

OgilvyInteractive operations director Mike Chuter comments: “It is very difficult to find people with perfect skills, so we are having to spot people who are open-minded enough to adapt their existing skills to more interactive-based skills. Those that are about get snapped up very quickly, so speed is of the essence and it becomes far more difficult to conduct speculative interviews on this basis.”

When it comes to salaries, agencies are again competing, this time with clients. Says Chuter: “The danger is to try to compete with all the dot-coms and the shares they are offering incremental to basic salaries. Younger people can earn more money than previously but we don’t pay over the top if candidates don’t have the right skills.”

But although a combination of skills shortage and higher demand is pushing up salaries, so too are recruitment consultants, which some agencies accuse of breeding an atmosphere of short-termism and money grabbing.

Millner is particularly vocal: “My experience is that recruitment consultants are generally not that concerned about whether a person is really right for you. As a buyer, the agency pays a fantastic amount of money for the people we get and there is still no guarantee that they are what we are looking for.”

Millner says that about two-thirds of an agency’s costs are its people and consequently vast amounts of money are spent on recruitment consultants. “What a fantastic business to be in,” says Millner, “If consultants send you someone who doesn’t live up to their promises, you don’t get any refund.”

“Recruitment consultants are in the business of trading people. Headhunters, especially, unsettle people and plant a seed of doubt in their minds about the job they are in. Consultants tell people they are not being paid enough – and usually they are – and those people move for the wrong reasons. That is what is mainly responsible for pushing up salaries.”

Up and coming challenges

This year is going to prove an interesting one for agencies and their staff. The spectre of some sort of slowdown is bound to have an impact on advertising budgets and ultimately on agency staff and their salaries.

What would be unfortunate, but not unheard of, would be if a downturn cut into training programmes. That would ensure another short-term ten-year cycle, meaning agencies will be right back where they started.