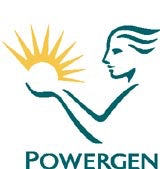 Energy company Powergen is reviewing its £12m advertising business as part of a brand-building exercise. The decision comes months before the company’s acquisition by German utility company Eon is finalised.

Powergen works with Soul on a project basis. The agency created the high-profile Powergen sponsorship for ITV’s national weather bulletins, and created the “Monsters Inc” TV ads for the brand as part of the company’s tie-in with the Hollywood film. Soul is expected to be one of the agencies shortlisted to pitch for the business.

Miller Bainbridge has been appointed to handle Powergen’s customer relationship management. Media, which is handled by Initiative Media, is not affected by the review.

The review is being handled by the Haystack Group, and the pitch will be overseen by Powergen marketing director John Evans.

Evans says: “The brief for the pitch will be to consolidate the ITV weather sponsorship with the brand’s traditional TV advertising. We think that now is a good time for us to have a look at our business, as we have learned a lot over the past two to three years.”

Powergen became ITV’s first regular weather sponsor in 1989, in a deal intended to build awareness of the brand.