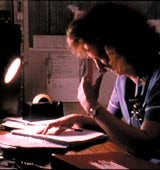 Non-terrestrial television, including satellite, cable and digital channels, could soon be airing party political broadcasts (PPBs) if recommendations put out for consultation yesterday by the Electoral Commission are heeded.

The Electoral Commission’s consultation paper on the future of PPBs recommends that any channel commanding audiences over a specified number should be required to screen the broadcasts. According to the recommendations, both audience reach and audience share should be used as criteria to determine which broadcasters should carry PPBs.

The advertising industry, which has mixed views on whether paid-for political advertising should be allowed at all, has expressed concerns that if discounted rates were allowed or if free ad-style slots were given to parties in advertising rather than programme time, this would inflate overall advertising prices or lead to a loss of revenue for broadcasters.

The Electoral Commission, which oversees elections, is inviting the public to comment on the PPB consultation paper. It is conducting a separate review of Internet campaigns and plans to begin a wider review of the role of TV in elections at the end of this year.