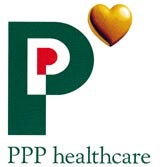 French insurance giant Axa is believed to be terminating PPP Healthcare’s sponsorship of the County Cricket Championship, only two years into a four-year deal.

The company is understood to have informed the England &amp; Wales Cricket Board (ECB) that it is pulling out of the deal, which has a two-year get-out clause.

The move follows Axa’s decision to scrap the PPP brand in favour of Axa Healthcare (MW July 20) as part of its global brand-building strategy. Sources say the rebranding will be implemented next year, before the start of the next cricket season.

It leaves the ECB with three sponsors to replace, including Cornhill Insurance which has pulled out of backing the Test series and NatWest, which has ended its sponsorship of the NatWest Trophy.

Axa is now likely to concentrate on the FA Cup sponsorship deal.

An Axa spokesman admits it is negotiating with the ECB but says: “There is a two-year clause, but we will not make a final decision until the end of this cricket season, when we will sit down with the ECB to reach an agreement.”