The difference between best-in-class marketers and the laggards when it comes to customer acquisition can be as much as a factor of 43. On customer retention, the performance differential is a factor of 10.5. Those dramatic findings have emerged from research carried out by Aberdeen Group, sponsored by Neolane, into Offer Optimisation: Using customer analytics to improve marketing performance.

In its report published last October, the research company examined over 200 companies for their capabilities, processes and metrics. What it found was a striking distinction between the leading edge and those who are way behind the curve.

Among the best 20 per cent, for example, nearly nine out of ten had improved their acquisition rates, with an average uplift of 11 per cent. Cross and up-selling was also improved at seven out of ten, with an 8 per cent gain, while retention rates rose by 8 per cent on average in the two-thirds of leading companies seeing an improvement.

Jeff Zabin, the researcher and author of the report at Aberdeen, says: “Marketing is fairly typical. When it comes to leveraging predictive analytics to drive personalised marketing, most retailers and financial services are ahead of the curve. That is no surprise as they have been doing RFM and customer analytics for decades.”

A key to their success in the adoption of these processes and technologies has been the culture within those companies. “To a large extent, it is about the mindset and understanding the value of analysts and how to drive data mining for marketing purposes,” says Zabin.

While some sectors are leading on optimisation, none are immune to the pressures to drive better performance. Increasing return on marketing investment was named as the top pressure by 45 per cent of respondents, while 40 per cent named increasing customer acquisition.

Just over one quarter (27 per cent) said they needed to increase customer profitability, while 26 per cent said cross and up-sell effectiveness was their main driver. Interestingly, in a year when keeping customers was hard, only 17 per cent ranked retention as their main challenge.

“CMOs are under more pressure than ever to how they deploy their marketing budget and to be as effective as possible,” notes Zabin.

Migration up the maturity curve outlined in the Aberdeen report is possible. Kristin Hambleton, senior director of marketing at Neolane, says: “The first thing that we recommend is to build a single customer view, although we’re very specific in talking about a single marketing view, because marketers need to be selfish in getting the view they need.”

That SMV should be “part of the eco-system, but not the system of record” points out Hambleton. Her company’s cross-channel marketing optimisation platform is built around this marketing database to support the key business processes involved in offer optimisation.

For many companies, the starting point is digital channels, such as email, Web and mobile, but offline channels like direct mail ultimately need to be integrated into the same marketing system. “It depends on the organisation and the size of their budget – you don’t have to boil the ocean,” she says.

Automatically tracking and measuring marketing campaigns across channels is an area in which laggards in the Aberdeen research are noticeably behind – just 21 per cent have this ability, compared to 71 per cent of average businesses and 81 per cent of leaders. Yet there is relatively little difference in terms of centralised customer databases – while 85 per cent of best-in-class and 76 per cent of average companies have this, so do 70 per cent of laggards.

The big difference is what those companies do with this central data repository. According to Aberdeen, 58 per cent of leaders make use of predictive analytics compared to just 28 per cent of the average and 20 per cent of laggards. The way for more marketers to optimise their campaigns is not hard to predict. 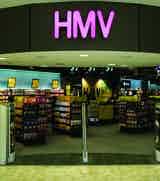 HMV has become the frontrunner in the bid to take control of live music business Mama Group, after rival bidder SMS Finance, pulled out of the race. 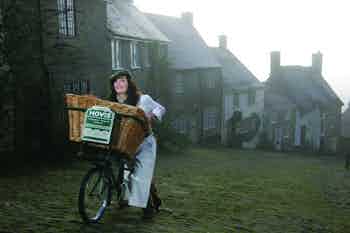 Happy New Year! We’re only a week into 2010 and already the blogs have hotted up with the news that Google is launching a branded handset and breaking into the thriving e-tail market. Combined with the numerous new gadgets coming out in the Consumer Electronics Show in Las Vegas this week, makes digital a very exciting playground for the year ahead.