The watchdog has received about 40 complaints about the ad, which is running in Grazia and The Lady magazines. Complainants say the ad, which shows a heavily pregnant nun eating a tub of ice cream with the strapline Immaculately Conceived, is offensive to Christians because it mocks the birth of Jesus. An immediate investigation has been launched., Antonio Federici creative director Matt O’Connor has defended the ad and says it is an “intelligent, challenging and iconoclastic piece of advertising”.

The ad is the latest in the company’s controversial “Ice cream is our religion” campaign.

A new research study from the Institute of Practitioners in Advertisng (IPA) and Thinkbox, in conjunction with The Gunn Report, has identified a direct correlation between strong advertising creativity and business success.

Apple has confirmed that it will debut its iAd mobile advertising network on 1 July on updated iPhone and iPod touch devices. After the success of the iPhone in introducing apps, will the IT giant be able to win the hearts of advertisers with its new offering? 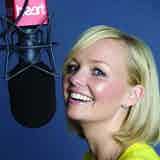 Global Radio is cutting the number of Heart radio stations from 33 to 15 after Ofcom gave the commercial radio industry the go ahead to consolidate local stations to help them stay financially viable.