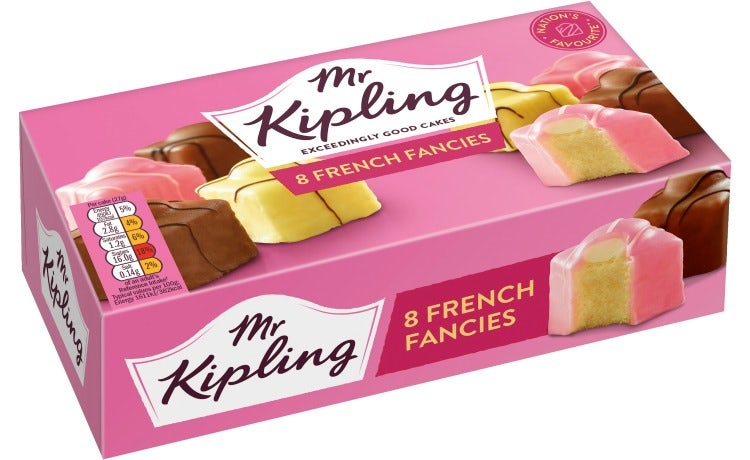 “The way that brands grow is through driving brand penetration and the way we achieve that is through mental and physical availability. It is really is that simple – easy to say and difficult to do,” explains Helen Warren-Piper, outgoing UK marketing and R&D director at Premier Foods.

During her six years at the food manufacturer Warren-Piper, who will become sales director at Mars’ UK Pet Nutrition business in April, has presided over a shift in the business that puts greater emphasis on driving customer awareness of its brands, what they stand for and their higher purpose.

Premier Foods has applied this approach to the latest campaign for Mr Kipling, the brand’s first new ad campaign for two years and backed by a £2m marketing budget. Taking lessons from the socially realistic advertising style favoured by stablemates Oxo and Bisto, the new Mr Kipling campaign seeks to build a greater emotional connection with consumers by focusing on everyday moments in their life.

Going live today (19 March), the advert centres on a young boy attempting to get his hands on an Angel Slice at a family party. The audience believes the boy must want the cake for himself, but really it’s a treat for his older sister who is studying for her exams.

The advert is designed to show a slice of everyday life and avoid the kind of “trite advertising” that makes consumers feel “very advertised to”, says Warren-Piper.

“What we’ve done here is really gone back to what is the product truth and really move that forward in the same way that we have with Bisto into a more modern, relevant, everyday contemporary setting. It is very important that we are not showing something that’s nostalgic and old. We want the brand to resonate with consumers today,” she explains.

“Driving an emotional connection is something that in my time here [at Premier Foods] we’ve learnt can help you achieve greater awareness and brand penetration, and therefore makes it more likely to build market share.”

The release of the new campaign coincides with a packaging refresh spanning new colours, product photography and a return to the old logo. Warren-Piper explains that the team have learnt a lot over the past three years about creating distinctive brand assets and the way customers shop using colour navigation.

“You play with those things at your peril, so we set out to tweak the packaging and get it back onto the tramlines of what the brand was always about,” she explains.

“We’ve gone back and looked at all the previous pack designs. Something that featured heavily over time was the cake tin lock up device, which had been removed and replaced with a calling card. We felt it was the right thing to bring that back and put it into the centre of the pack. We are a market leader, so we need to have a confident pack design rather than an offset logo.” 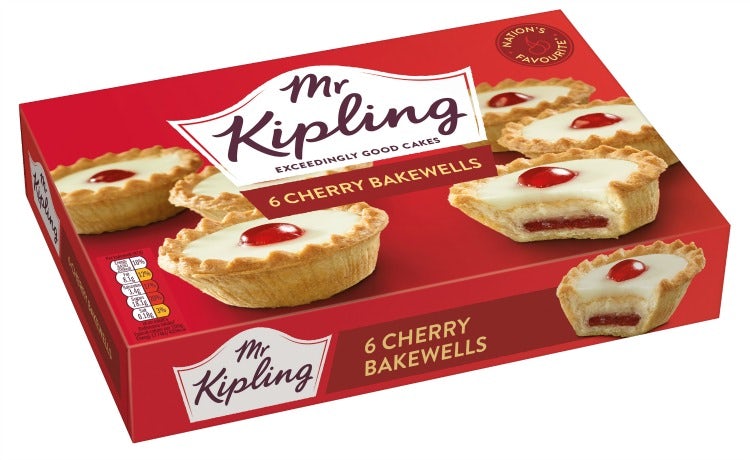 Previously the packaging colours were based on the consumer ‘need states’, a theoretical approach that failed to take into account that customers associate Mr Kipling’s Lemon Slice with yellow packaging, not pink. Bringing the products back to their signature colours seemed a logical move the team hope will make the customer journey more seamless.

Warren-Piper adds: “We felt that within the pack design the actual food visuals had become unappetising, so we’ve reshot all of those with much better visual of what the product looks like inside by taking a slice out of it so the consumer can really see it’s got a layer of jam or frangipane.”

Over her six years at Premier Foods, Warren-Piper has pushed for an “upweighting of the innovation agenda”. Whereas previously some brands were earmarked for innovation, while others were on a deprioritised list, every Premier Foods brand now has a innovation plan.

Being a large scale manufacturer focused exclusively on the UK market affords Premier Foods the agility to take a product from idea to shelf in 120 days. This agility is essential in a cake category that demands trend-focused product development.

With a growth model now firmly rooted in innovation, Mr Kipling was able to jump on the vogue for all things unicorn with the development of Unicorn Slices, a limited edition run exclusive to Asda that has sold more than 270,000 packs in less than three weeks. 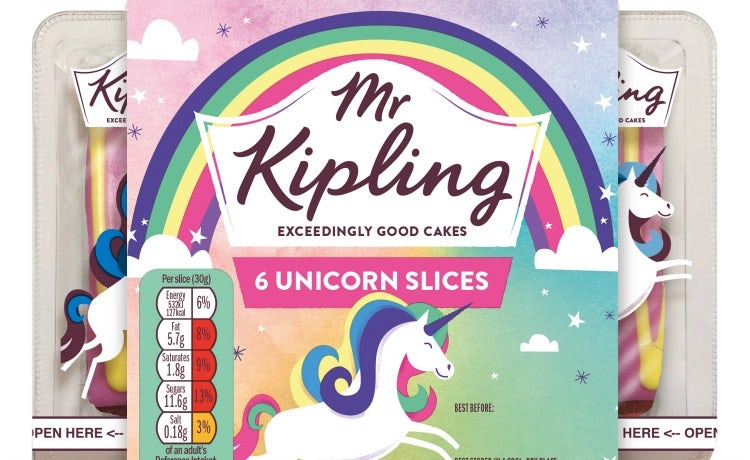 While the idea for the Unicorn Slices was developed in house, Premier Foods often works on co-creating products with the big four supermarkets, which are given the product exclusively for six months before it is rolled out to the rest of the trade.

“In the environment we’re in at the moment where the top four are really looking for exclusives to differentiate themselves from discounters, and each other, this is a space that Premier Foods is very much able to play into,” Warren-Piper explains.

“We’ve got quite an unusual situation in that marketing, innovation, insight and R&D all currently report into me, which means marketing really drives the growth agenda in a very holistic way. The marketers who work here have a real 360-degree ownership of both the P&L and the three-year strategic plan, and that encompasses everything from pricing to NPD to advertising.”

The culture of entrepreneurialism and agility that has evolved at Premier Foods over the past five years is something Warren-Piper hopes will remain long after her departure for Mars in April. However, she insists that most important aspect of any role is the people.

“Making sure you have the right team of agile, entrepreneurial, bright people around you who you can lead is still the most enduring and important aspect of a leadership role in any team,” Warren-Piper adds.

“Envisioning, energising and enabling people is as important as it was when I worked at P&G, it’s the same here at Premier Foods and it will be the same in the role I go into at Mars.” 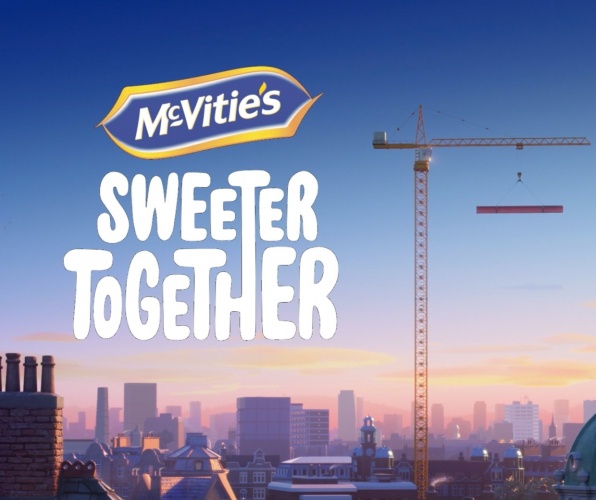 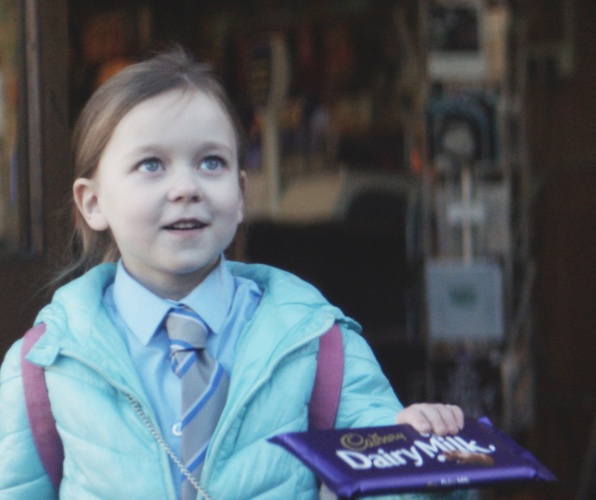 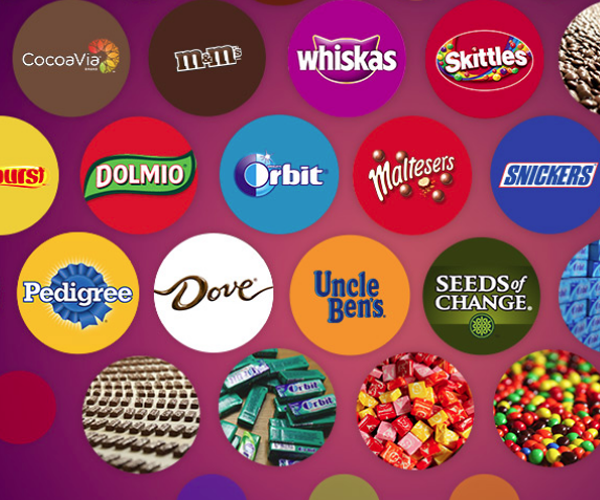 Helen Warren-Piper will make the move into to sales in April, after more than 20 years in marketing.