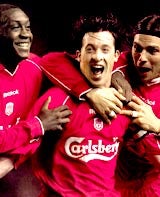 The FA Premier League, which currently has nine associate sponsors, will slash that to five next season in an attempt to make the partnership more exclusive.

Associate sponsorship is assessed every year, with each company paying about £1m a year.

Sponsors have yet to be announced for the coming season, but it is thought they may have to pay over £2.5m for the privilege.

Matthew Osmon, associate director of sports consultancy Redmandarin, compares the Premiership’s stance to the Uefa Champions League, which slimmed down to four main sponsors at the beginning of the season.

“That’s regarded as the perfect model. It rakes in more money now by having fewer sponsors,” he says.

Another industry source adds: “It may be the case that the Premiership hasn’t been able attract the necessary sponsorship. By reducing sponsorship it gives the partnership a more exclusive feel. “

Each sponsorship is tailored to benefit each company and includes perimeter advertising in the stadiums, tickets for matches and advertising in club programmes.