A free mouse mat just doesn’t cut the mustard any more, at least not with today’s jaded, have-it-all consumers. If a premium or an incentive is going to deliver the business, then it has to be something out of the ordinary, according to the experts. But out of the ordinary doesn’t necessarily have to mean ultra-expensive, some argue.

Oliver Duval, managing director at prize and incentive specialist agency Unmissable, says: “Schmoozing your key customers is a very competitive market. Their desks may be groaning under the weight of desk ornaments, personalised pens and so on. You need to achieve ‘stand-out’ with your gift or incentive – something that will stimulate and excite even the most savvy customer who has everything.

“It is vital to understand your key audience, tap into their motivations to find an innovative product or experience that can’t be found ordinarily on the high street and which, more importantly, doesn’t necessarily have to cost the earth. It is the perceived value that is important.”

The issue of perceived value is one that many experts stress again and again. Giving someone an expensive item these days can be a major faux pas, not least because the internet allows us all to find out what the going rate is – both retail and wholesale. That means your target customer can work out fairly accurately the value you put on his or her business.

As Stuart Evans, general manager of loyalty marketing agency ICLP, observes: “Reward and incentives are all about understanding the customer and then repaying their loyalty or purchase with a suitable gift, not necessarily expensive. Gifts that have a monetary value overtly bribe the customer – their presence states ‘we value your custom at £X’. Customers prefer rewards that money can’t buy, such as access to their favourite football team’s training ground or quick transfers between terminals at airports.”

Hence the popularity of incentive hospitality packages that have been tailor-made. Paul Brown, incentives specialist at loyalty and incentive agency Maritz, says/ “We are finding that VIP awards are a particularly excellent motivator for the New Millennial employee – aged up to 30 – and provide another alternative for the mature incentive award purchaser. They also work really well as Top Performer awards.” 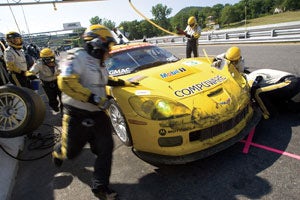 The point, Brown says, is that the target (whether consumer, business buyer or employee) can be really motivated by being made to feel special – and feeling special involves not just doing something out of the ordinary, but doing it somewhere special, where ordinary people would not normally be allowed, or in the company of someone famous. Brown adds: “From gigs with backstage or on-stage access and aftershow parties, to classic car racing events – in the pit with the likes of Jay Kay, Mark Knopfler of Dire Straits and Nick Mason of Pink Floyd – to attending film premieres, doing something that you wouldn’t be able to get access to on a day-to-day basis really helps to motivate an individual.”

Bespoke approach
Duval would agree and argues: “You can gain far more return by offering incentives or rewards that are tailored around the customer and are imaginative and unique. It’s this bespoke approach combined with creating ‘stand-out’ gifts within budget that is paramount to creating a successful customer reward or incentive. Remember, never underestimate the power of dreams when motivating customers and never limit your imagination on what can be achieved.”

Duval cites as examples of tailored packages the opportunity to fly a jet fighter plane; being coached at Lord’s by former England cricket captain Mike Gatting; or lunch in Champagne, rather than Champagne at lunch.

But planning such incentive packages requires a significant amount of effort – far more than just ordering some expensive-looking corporate gifts from a catalogue. And while the rewards can be great, so too can the risks of getting it wrong.

Evans at ICLP warns that any incentive must fit the brand values of the giver, and the aspirations of the person receiving them. “No-expense-spared incentive products have no real benefit to the brand if they are irrelevant to the recipient who, in turn, attributes no value to the offer.”

Value, though, has become a much more flexible concept in the 21st century. For many people, doing something for others, or for the planet, can be an extremely tempting and motivating incentive. Jonathan Haskell, UK chief executive of employee incentive, reward and recognition company Michael C Fina, says: “People like to feel they are contributing towards the environment, so planting a tree can be a popular gift. Alternatively, a company could sponsor an animal at a local zoo or wildlife park in the name of an employee.”

Haskell adds: “People want to feel like they are making a positive contribution towards the environment and helping those that are less fortunate than themselves and this is one way they can do so.”

But some experts believe that there is no need for in-depth research into what might motivate a target individual, when companies can get the individuals to do all the hard work themselves. Hence the growth in online incentive programmes, where companies effectively pay into an account on behalf of the person they are trying to motivate. The individual will then be given some mechanism, like a credit card, for using that account to buy something, such as luxury electronic goods or a dream holiday.

Graham Povey, managing director of Capital Incentives & Motivation, says: “Companies should never assume that a reward they select will be effective and appeal to the audience. This is why rewards such as prepaid cards are becoming increasingly popular.

“Not only are electronic rewards the most up-to-date reward products in the market, they are ideal for the person who has everything, as they give the recipient the chance to choose their own gifts.”

Incentive awards
Capital Incentives offers its Incentive Award Card, a prepaid Maestro card designed specifically for making incentive awards, and the Compliments Card, an incentive gift card that can be spent in over 80 top brand high street and online retailers. It also has a travel voucher scheme, Compliments Passport, which includes a choice of ready-made solutions for different company budgets and also to meet different personal preferences.

There are those, however, who are adamant that if you want to motivate the rich, then you need to give them something that is expensive – or that money can’t buy. Rupert Poulson, promotions manager at AV Promotions, which supplies electronic goods to the incentive industry, firmly believes that “for the high-earner who has everything, it is vital that the incentive or reward is impressive and inspiring. It has to be something that they might regard as expensive, valuable and significant. Luxury never goes out of fashion, and a luxury product will always appeal.”

But he adds “Sometimes the product doesn’t have to be expensive. If it is new, rare and in demand, then the aspirational element will make it even more desirable than pure luxury. The Nintendo Wii games system is the product desired by everyone who wants to have the latest new product in this market, but at £179 it is not the most expensive.”

The exchange of gifts between business people has become a hot topic, given the furore over allegations that BAE Systems may have been involved in paying more than $2bn (£1bn) to a Saudi prince to secure one of the biggest arms deals ever, worth £43bn.

BAE and Saudi Arabia both strenuously deny any wrongdoing, and BAE says that any payments were made with UK government knowledge. But continuing criticisms have led to the company appointing Lord Woolf, the former Lord Chief Justice of England and Wales, to head an independent ethics committee reviewing business practices at BAE.

Granted, the average UK company is unlikely to have £1bn to spare, but the monetary value of a gift is not necessarily what is relevant, according to experts on business ethics.

What should be important is that gifts or entertainment do not place undue pressure on potential purchasers, that they are not being offered at an inappropriate time (for example, when a major contract is being discussed) and that the recipient is in a position to respond with a gift of similar value. The other side of the coin is that potential purchasers should not be asking for gifts or entertainment that are outside normal parameters.

Philippa Foster Back OBE is director of the Institute of Business Ethics, which has recently published a briefing note on The Ethics of Gifts and Hospitality (see http://www.ibe.org.uk/IBEBriefing3_Giftsand%20hospitality.pdf).

She says: “There has to be reciprocity. Can the person you are giving to give back at the same level? That does not just mean can they give you something of equal value – it can also extend to relative levels of seniority.”

World cup final
So for the managing director of one company to take a sales manager of a potential client company to the World Cup final – or even prime seats for the Centre Court at Wimbledon – could be considered out of order, since the sales manager is unlikely to be senior enough to respond with an equivalent package.

But for a multimillion-pound bonus banker to invite someone of similar earnings power to the gala night of the Chelsea Flower Show – the first big event of the City’s social calendar – would be perfectly appropriate, assuming the two are not involved in delicate negotiations at the time.

Christmas gifts
Companies should have set policies on business gifts and entertainment, covering who can give, how much they can give, to whom and when (Christmas might be considered valid reasons for gifts that would be thought inappropriate at other times).

Policies should also cover what gifts or entertainment staff are allowed to accept.

Many companies now stipulate that staff must either refuse gifts over a certain value or must share them among all staff in the company or department in some way, such as running a raffle and donating any money to charity.