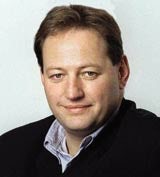 Free DVDs and CDs mounted on newspapers’ front pages have become a source of worry to the bosses of the nationals. They condemn the use of DVDs as an expensive way of boosting circulation, which fails to promote loyalty among consumers; yet marketing teams seem unable or unwilling to plan more inventive campaigns.

Newspapers try to ensure DVD releases reflect the voice of their brands. Last Saturday, The Guardian’s readers received a copy of Robin Hardy’s cult film The Wicker Man, while The Mail on Sunday distributed the Douglas Hickox-directed, colonial epic Zulu Dawn. But Rupert Murdoch’s criticism of the practice last November summarised the feelings of the industry. He said consumers “grab the product, tear the DVD off and throw away the newspaper”.

One newspaper source says there are three separate tiers of marketing practice available to press marketers. “The top tier is to advertise the brand, the second is marketing an editorial product, and the third, and bottom, tier is promotions,” says the source. “It’s better to market an editorial product than give something away free, but both encourage new consumers to try your paper.”

Managing director of The Sun and News of The World, Mike Anderson, believes there has always been a “DVD equivalent” in the marketing of newspapers. “Look at bingo,” he says. “It was massive in its time, but you’re in trouble if it’s your only trick. You can’t underestimate the selling power of a strong front page story.”

David Pugh, former marketing director of The Daily Telegraph, and the man who launched newspaper fantasy football competitions, says/ “Marketers need to ask themselves if they are introducing something temporary, or if it will be permanently in demand, like fantasy football or a crossword.”

A top industry figure claims freebies are prominent because publishers cannot afford to run brand or tactical advertising, which, he adds, are inherently flawed. “Brand advertising of newspapers is a waste of money,” he says. “Consumers already have deeply entrenched opinions of our products, and the boldest television ad won’t change that. The Telegraph wasted millions of pounds on its ‘Read a Bestseller Every Day’ campaign – that was marketing bollocks. Nobody who dislikes The Telegraph because of the format or the writers or because it is right wing is going to change their minds because of an ad. You have to get it into consumers’ hands – clever sampling can be worth more than fantastic television work.”

But a rival newspaper executive scolds the industry for “cowardice and short-termism” in its marketing efforts. The way to ensure consumer loyalty is through the editorial product alone, he says. “A DVD can add a cost of up to &£6 to every issue,” he states. “Producing a good editorial product can cost even more when you factor in necessary spending on marketing, but the uplift in circulation, though long-term, might not fully register for 18 months. Who is brave enough to spend their precious &£1m on the long term when they can buy rapid, day-to-day circulation, which is what editors measure themselves and their jobs by?”

The source cites The Telegraph’s “Bestseller” idea as a successful long-term marketing ploy: “That was 100% above-the-line awareness building. It came with zero promotion and it worked. Now, sadly, it’s all about short-term delivery of ABC figures, rather than long-term loyalty.”