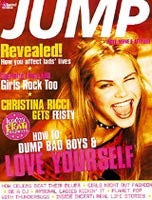 Gone are the days when a magazine was sold on its content alone. Covermounting of free gifts has changed all that.

Teen title Jump is the latest casualty of the freebie fever which has swept across the magazine market, placing pressure on publishers’ margins and forcing advertisers and press buyers to demand extra data on sales disrupted by the marketing device.

Mollin Publishing’s Jump is closing a year after launch because of stiff competition from rivals that regularly use covermounts as a form of added value to attract consumers.

Mollin managing director John Woollcombe says: “In a sector that has become increasingly tied to covermounting, we no longer see the potential margins that we originally projected for the magazine.”

As most covermounts cost between 5p and &£1, Nigel Conway, client services director at MediaVest, believes there could be further casualties. He says: “If cost is 50p per copy then the price starts to impinge on the profitability of the magazine.”

Industry estimates put EMAP and IPC Media among the most prolific users of covermounts.

“I know from our Top of the Pops magazine that the cover photo and covermount can make a difference of ten to 20 per cent of sales.”

In certain sectors, such as computer, music and teen magazines, covermounts have become so commonplace that publishers cannot afford to ignore them.

Hello! publishing director Sally Cartwright says: “It’s a fact of life now with women’s monthly magazines. The cost of covermounts is huge and, in my view, it’s something of a treadmill. In most cases, the product is not enhanced by giving a gift away, but the great thing is that it encourages sampling.”

Steve Goodman, director of press at Mediacom TMB, sees cover-mounting as part of the general marketing mix, which includes star-led covers and cover-price cuts. “There’s short-term gain to be had, but cover-mounts don’t necessarily attract long-term readers,” he says. “Above-the-line advertising is more likely to develop a better relationship with readers because it’s more about brand building and understanding what the magazine is about.”

He says covermounts don’t have to be too costly if media owners use advertiser-supplied products.

Cadbury successfully teamed up with OK! to help launch the Snowflake bar on its cover. Cadbury Trebor Bassett director of marketing Mark Smith says: “These days, with the fragmentation of media and pressures on marketing budgets, it’s about being prepared to embark on new ideas. It was a different approach to sampling and enabled us to get 800,000 Snowflakes into outlets that sell confectionery.”

But Cartwright warns: “It’s going to take your profile downmarket if you start covermounting something like shampoo.”

Jump’s closure comes at a time when press buyers and advertisers are demanding changes to the Audit Bureau of Circulations’ rules so they can identify significant changes in the sales of individual issues.

Magazine circulation is generally measured over a six-month period, so a significant increase in sales in one month or week can have a major effect on the official circulation figure taken as an average across the period.

Goodman says: “Covermounting is really having an impact and we want these variance figures. Depending on how media owners use the data, they could even demand more money from advertisers.”

Conway says: “Covermounting itself is fine, but I have an issue with how much it’s distorting sales of single issues and what effect there will be on sales when a title stops cover-mounting.”

Bernard Balderston, Procter &amp; Gamble’s associate director of UK media and a member of the ABC consumer magazine specialist committee – which is due to discuss possible changes to ABC rules with publishers on November 9 – says: “As an advertiser, we are very supportive of the move to try to bring more clarity on an issue-by-issue basis in the magazine market. If you compare the quality of data available from other media, such as radio and TV, you can acquire estimates of individual spot performances – but you can’t do that with magazines.

“We want to be able to define more clearly what we are buying. With many campaigns, advertisers are not in every single issue of the magazine during the relevant circulation period and, therefore, it makes a nonsense of any post-campaign analysis.”

But, argues Teague: “Advertisers should plan campaigns and buy a series of ads in one title – then they wouldn’t have to worry about the circulation of single issues because they will get an average.”

Balderston concludes: “From a media-buying point of view, the magazine owners are well out of touch with the media industry. If they want advertisers to continue to spend, they will have to provide more data.”