Brands chasing growth could begin by looking for different routes to success, from distribution to innovation and a shift in positioning.

Speaking yesterday (25 May) at the Festival of Marketing Leadership Summit, former Green & Black’s and Pret marketing boss Mark Palmer – who is now cofounder of drinks brands Cawston Press and LA Brewery Kombucha – shared lessons from his almost three decades marketing, from plumping for premiumisation to giving innovation the chance to breathe.

Having joined organic chocolate business Green & Black’s in 2001 from his role as marketing director at Burger King, Palmer quickly realised the brand was pitching itself against a narrow market opportunity. Early distribution mirrored the two elements of the name, with the ‘green’ side represented by health food stores and the ‘black’s’ side fine foods stores such as Fortnum & Mason and Selfridge’s.

The brand in many ways had benefitted from the desire for transparency that emerged in the food industry following the mad cow disease crisis.

“You found the major retailers thinking they need to be part of the revolution and need to act. The big supermarkets started to open up space in their stores for organic, Fairtrade and natural food products,” Palmer recalled.

“Green & Black’s went from tiny distribution to suddenly being available in all of these places, so growth through distribution. But the problem was the place in the store where the brand was located wasn’t really where chocolate people went to find chocolate.”

[Green & Black’s] was a brand that had impeccable credentials, tasted great, but was pitching at the wrong audience.

Despite the growth in distribution, the team began to realise the “honeymoon period” would not go on forever and the brand needed to earn its space on shelf.

Palmer began working with Tesco to interrogate Dunnhumby customer data to work out who was buying Green & Black’s. These consumers mainly fell into two cohorts – ‘Adventurous Foodies’ and ‘Green Cuisine’ – who were either baking with Green & Black’s due to the high cocoa content or were early movers on the ethical wave. Combined, these groups represented under 10% of the shopper base.

The team identified two further clusters – ‘Time poor, Food rich’ and ‘Everyday Luxury’ – who represented a new wave of customers. The aim was not to abandon the brand’s roots, but to open the product up to the next set of customers.

To help achieve this aim, the brand held research with 25- to 45-year-old chocoholic women based in Brighton and Notting Hill. Offered a variety of chocolate, the Green & Black’s bars were pretty much all left unopened after 45 minutes of focus group. Palmer asked one of the participants why she ignored the Green & Black’s, prompting her to launch into a “huge critique” of the brand.

“Sometimes in marketing you need to hear the tough stuff in order to work out what to do,” said Palmer. “This was a savage experience.”

Her comments included that being Fairtrade was not top of mind when choosing which chocolate to eat and she associated organic products with a terrible taste and “worthy” persona. The research participant described the packaging as “terrible” and suggested it belonged in a “health food shop or garden centre”. However, after being persuaded to try the chocolate, she experienced a “moment of revelation”.

The feedback prompted some serious soul searching within the team.

“We went to the pub to gather our thoughts and write the brand strategy for the next few years, which is that we need to look cooler. Not abandon our roots, but look more desirable, more like a chocolate brand. Play to the rules of the category,” Palmer explained.

“We were too worthy. Everything we do is good, but we presented it in a worthy way that’s very minority, so make it more stylish.”

The conclusion was the team needed to work smarter, moving from ‘worthy organic’ to ‘organic cool’. They focused on getting the story out across the marketing mix that Green & Black’s is both an organic and premium brand. Rather than splashing out on advertising, the marketers prioritised sampling and sponsorship of events, behaving “more like a wine brand”.

“It was a brand that had impeccable credentials, tasted great, but was pitching at the wrong audience. We were the dominant market leader of the organic chocolate market. A 99% share of nothing and then we said: ‘We want to become a premium chocolate brand, so we’ll go for market leadership,’” Palmer explained.

In its goal to claim a greater share of the premium chocolate market, Green & Black’s looked at rivals like Lindt and adopted its new positioning across not just marketing, but all the business decisions. This even spanned recruitment, choosing to hire people who knew about chocolate, rather than health food.

Green & Black’s founders Craig Sams and Jo Fairley supported the concept of changing the positioning, because they understood the value of attracting more people to their idea, Palmer recalled.

“What often happens is to attract more people you have to change things that should be really be in the DNA and non-negotiables. It was not that in order to expand we need to cheapen the recipe or start buying the cocoa in a less ethical way. It was that we need to change the pitch of the brand to make it attractive to a broader group of customers,” he explained.

“They were high integrity founders, but quite keen to see their baby grow. It would have been a different conversation if we said in order to get to the next year of growth, we need to rip up the formula you started with. It was about taking their great work and making it more accessible for the next tier of customers without undermining the principles.”

Patience is crucial for successful innovation, said Palmer, who went on to recall his experience as marketing director at Pret A Manger. Established in 1986, it took the sandwich chain four and a half years to open its second shop.

“Sometimes on brands you may have a good idea, but you rarely get the execution right from the get-go. If I look at innovation and NPD in bigger companies, you find things are almost not given long enough to be iterated, changed and people decide they’re not working,” said Palmer.

“Patience is a real lesson and I’d encourage anyone in charge of innovation to set longer timeframes and lower targets. You have to cut your cloth accordingly, but the answer usually emerges if you give things time and listen to feedback along the way.”

This was the case at Pret, which had eschewed spending on media or advertising in favour of using its outlets as owned media and optimising its operations, the quality of food and speed of service. However, Palmer argued that, in his experience, if brands keep optimising they become less relevant. Therefore, innovation is required to say fresh.

Sometimes on brands you may have a good idea, but you rarely get the execution right from the get-go.

This was the case with the genesis of Veggie Pret. In 2015, the brand began having more conversations with customers through social channels about veggie food, while sales data revealed more shoppers were opting for such products in-store. This was music to the ears of the innovation team.

“We had a brilliant NPD team who kept getting frustrated as they kept developing loads of amazing plant-based food. We had a thing call ‘show and tell’, which was our committee deciding what went into the shops, and we said we’d take one veggie item, but we were so scared of losing sales on BLT sandwiches. We were playing around the edges,” Palmer recalled.

“We said: ‘Why don’t we create a vegetarian store?’. We’ll do it as a pop-up for two weeks. We set aside a festival type budget, temporary signage, no margins. We thought we’ll just have a play pen and see what people think, and some of the things out of that might inform good innovation for the wider system.”

This Much I Learned: Pret’s Becci Dive on ripping up the rulebook

The Veggie Pret takeover of the chain’s Soho store took place in 2016, inspired by a social poll of 10,000 responses and 20,000 comments from customers, 50% of whom were meat eaters. The pop up caused sales to surge by 70%. Some of the bestselling Veggie Pret products were introduced into the main estate of shops, while the store enabled the team to trial NPD in a safe environment.

“My biggest lesson out of that was to budget the entire cost of it, but in the marketing budget, rather than apply the usual business KPIs,” said Palmer.

“The operators in the team are fantastic and always worried about speed of service and ticking up the margin. Everything was about optimisation and they didn’t have to worry about this. So, taking it outside the mothership was key to giving it a chance of success.”

He took this ethos into his work at healthy fizzy drink company Cawston Press, which Palmer co-founded 11 years ago. The brand will be kicking off with a new educational campaign in two weeks’ time explaining the value of being a premium drink that blends fresh ingredients with no added sugar.

Reflecting on his experiences at Green & Black’s, Pret and Cawston Press, Palmer noted an element of luck in terms of moving into growth spaces like organic food, veggie products and no added sugar.

Luck aside, he argued that key to the brands’ success was working with people who loved good quality food and drink, and believed that by doing things right the rest of the world would follow. 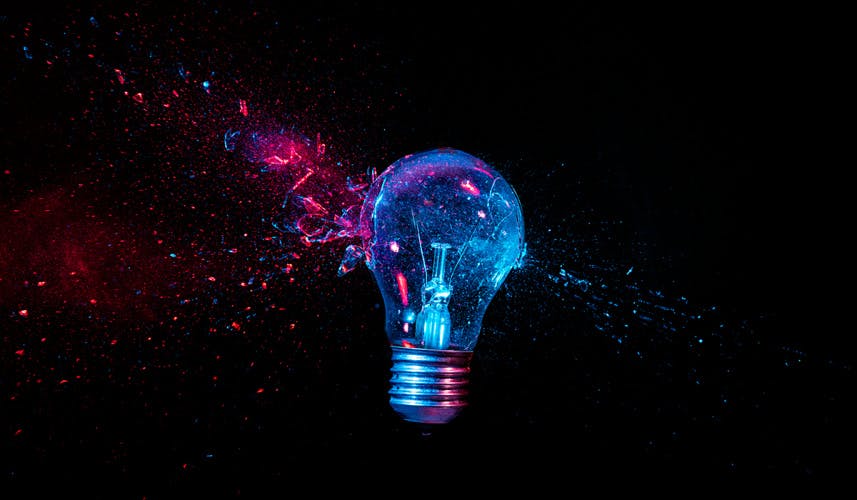 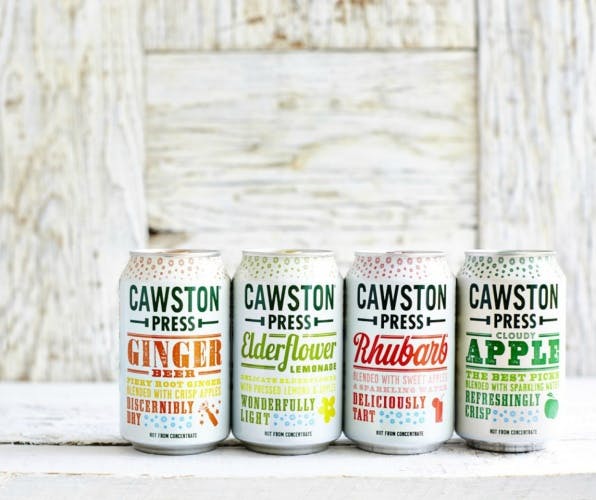 The soft drinks brand says a focus on quality will allow it to buck the trend of falling soft drink sales and tack on giants such as Coca-Cola in the space.