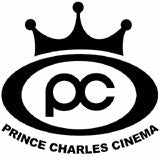 Low-price West End cinema The Prince Charles is looking for a headline sponsor in a pioneering move for the cinema sector.

The cinema, sited off Leicester Square in London, is targeting retailers, drink and snack brands for a six-figure sponsorship investment. The search is led by the cinema’s managing director, Ben Freedman, who says: “This is a unique opportunity to tie-up with one of the UK’s most famous cinemas and communicate with real film fans.”

The Prince Charles has, in the past, attracted sponsors for one-off film events and festivals, such as the Carte Noir French Film Festival. However, it is now looking for a permanent headline sponsor in a deal akin to the partnerships developed by music venues such as the Carling Apollo.

The sponsorship package includes naming rights inside and outside the venue; branding on poster sites around Leicester Square; branding in weekly listings and advertising across regional and national press; and a presence on the cinema’s website.

The cinema is owned by film and event marketing agency Bubble Chamber and the initiative is part of a strategy to give brands greater access to movie-related sponsorships and promotions.

The Prince Charles was launched in its present form in 1991 and is the only non-subsidised repertory cinema in the UK. It makes money by careful selection of popular films for second runs.

Stelios Haji-Ioannou’s easyGroup has also announced plans to open a low-cost cinema in Milton Keynes, using the group’s business model of discounting for early booking via the internet.