Brand take up of product placement has been “slow” since it was first allowed on UK television screens a year ago but the media industry predicts that 2013 could be the year the format becomes mainstream.

Media regulator Ofcom granted brands the opportunity to feature paid for placements in broadcasts from 28 February 2011 but fewer than 20 such placements have appeared on UK TV since, according to experts from broadcasters and media agencies.

Gary Knight, commercial content director at ITV, which has featured three placements so far, from Nescafe, Nationwide and Concept2 Rowing, says UK product placement is currently in its “pre-toddler” years.

He adds that a lack of evidence that product placement leads to a return on investment means advertisers have been apprehensive to trial the format to date.

“There’s a lack of case histories, but we are rolling them out in the next six months which will help spur the market on. 2012 will be the re-energising period for us for product placement,” he says.

Nick Price, who chaired the PACT (Producers Alliance for Cinema and Television) working group that lobbied the government to allow product placement in the UK and currently head of content at MPG Media Contacts, says despite a slow start, the product placement market is estimated to be worth up to £120m – around 3% of the TV spot – in the next five to six years.

“Product placement is a similar story to sponsorship, which also started slowly but now nobody thinks twice about it.

“I think we have a hard year ahead of us negotiating deals and conducting research but by the time there has been around 30 deals in the market – probably by 2013 – there will categorically be a place for product placement in the UK,” he adds.

Despite the slow take up from advertisers, product placement is already widely recognised and accepted by consumers, partly due to its appearance in programming produced in Australia and the US, which features up to 17 placements every hour.

More than seven in ten (72%) UK consumers claim they know what product placement is, while 25% of 18 to 24-year-olds say their perception of a brand would become more positive if seen in a programme, according to YouGov research conducted in July last year. Updated figures are due in May.

She adds: “The fact that there hasn’t been any significant social or mainstream media backlash against it over the past year indicates that it is a palatable and acceptable form or marketing communication in consumers’ eyes.”

Product placement can be particularly valuable to brands when it is linked with advertiser funded programming (AFP), such as UKTV’s deal with FindMyPast.co.uk (see box below), aligning brand sponsorship volume with the context of how a product can be used by a consumer.

Amanda Winch, business director of MEC Access, says: “[With AFP] clients are already heavily investing in a programme and can seek to get much closer to the content they are funding. It’s a very effective way of making AFP more cost-efficient.”

ITV’s Knight agrees: “This isn’t just about creating more media signage for the market. The reason we were fighting for this years ago is because it’s about finally giving advertisers a deep advertising opportunity within content.

“It’s like the difference between platinum and gold; you can’t buy the benefits of product placement in any other media environment.”

Nescafe signed a £100,000 three month deal to feature its Dolce Gusto coffee machine in ITV’s This Morning’s kitchen, the first product placement in the UK. Independent research from Otherlines.tv claims 40% of viewers said their interest in buying the product increased after seeing the placement.

Microsoft’s Kinect Sports game prominently featured in the title sequence of Sky 1 sport panel show A League of Their Own, to complement Xbox 360’s existing sponsorship of the series. The sequence featured members of the studio audience playing the game while the stars of the programme prepared to go on air.

UKTV signed what it claimed was the first product placement and advertiser funded programming deal for a factual series with genealogy website FindMyPast.co.uk. The show featured members of the public using the website to find out about their family’s history. 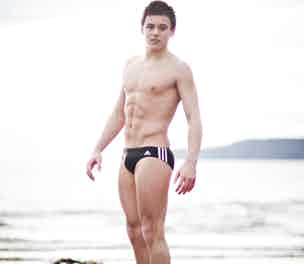 Adidas has appointed Olympic diving hopeful Tom Daley as the face of its forthcoming advertising campaign for its Body Care toiletries range. 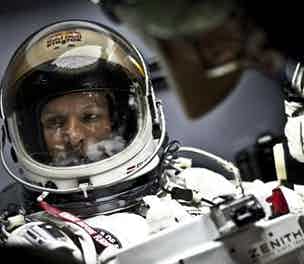 Red Bull is eyeing connected TVs as its next major platform for video content. 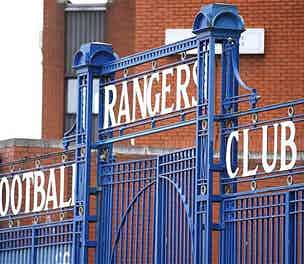 Rangers is to continue its quest for global sponsors despite the club entering administration, according to the club’s top sponsorship executive, as it looks to boost commercial revenues to drive down debts.