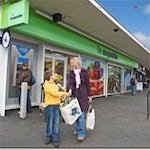 It says overall profit before payments to members jumped 85% to £402m during the year.

The Co-op took over the Somerfield chain in 2008 and merged its financial services business with Britannia last year.

It has seen a 38% rise in the uptake of new current accounts at its banking arm as the business benefits from falling confidence in high street banks.

Despite the “record” results, the Co-op chief executive Peter Marks remains cautious and expects “economic pressures to continue until the end of this year or the first half of 2011”.

In January, The Co-op restructured its marketing department in a reshuffle that saw its existing buying and marketing teams in its food business placed under a single leadership and axed the role of director of food marketing.

The group said at the time that it would shift away from corporate brand marketing towards operational and commercial activity within each of the Co-op’s major businesses: Food, Pharmacy, Travel, Bank, Legal Services, Funeral care and Insurance.

The group also revealed a 14-strong creative agency roster, following an extensive agency review. It appointed TBWA Manchester as its lead agency along with a number of regional agencies located in the North West, where The Co-op is based.

The Co-op is currently reviewing its media agencies