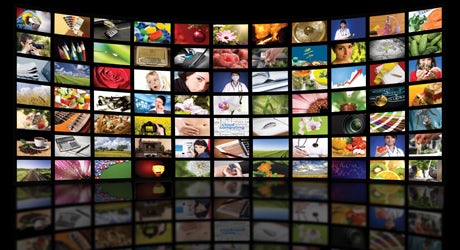 Almost half (47 per cent) of agencies, publishers and brands responding to a poll commissioned by AOL said programmatic technology is “leading to new forms of creativity and storytelling in advertising”.

A further 48 per cent said programmatic was having a “positive affect” on creativity, rising to 56 per cent for buy-side respondents, agencies and brands.

AOL has a two-fold definition of creativity. How the tools of the programmatic trade – the improved ability to target and drive “dynamic creative solutions”, according to Graham Moysey, head of international at AOL, as well as the time saved by automating the process. “Allocating more time so creative folks can be more creative”, he told Marketing Week.

Programmatic trading is growing at a rapid rate. It already has a 19 per cent share of the display market in the UK, according to 2013 data from ad tech firm Pubmatic and it is forecast this share could rise to as much as 40 per cent in the next four years. The growth is being fuelled by investment by brands such as Cadbury owner Mondelez, which declared earlier this year an intention to buy all online video inventory programmatically, and P&G, which has stated an ambition to buy 70 per cent of its digital display ads via programmatic methods by the end of 2014.

Despite such endorsements, AOL’s report still found a significant minority of people unconvinced by the creative virtues of programmatic. More than a quarter (28 per cent) of respondents said programmatic inhibits creativity and 24% said it makes no difference.

Moysey says this is not about people being negative but about the need for greater education. “If you look at the life stage of a product there is likely a lack of understanding. It [programmatic trading] can be a confusing eco system.

“The eco system between the advertiser and media owner is complex with both start ups and big players participating. Our mission statement is to simplify that and drive efficiencies through that eco system but I think it can be perceived as confusing.

“Those responding that are still getting up to speed with the eco system and products.”

AOL has considerable interest in the success and acceptance of programmatic trading. it launched cross-screen programmatic ad platform “One by AOL” earlier this year has put all its premium inventory into its proprietary Demand Side Platform (DSP).

Asked by Marketing Week whether the report’s findings were therefore self serving Moysey was quick to point out the investment it has made.

“It’s in our interests but the results [in the report] validate it…….We are not just preaching we are practicing as a media owner and global advertiser we transacted a year ago 3 per cent of our total revenue programmatically and that has now gone up to 32 per cent.

“There is credibility there – we are using it and experiencing it not only for our own assets but the 25,0000 publishers and advertisers we work with.”

Moysey was also keen to defend the role media agencies play in programmatic following a report by the World Federation of Advertisers last month that found major brands were moving programmatic advertising spend away from agency trading desks and to independent specialists over  transparency concerns.

“I feel very strongly the agency channel will remain imperative . It adds value by getting us closer to the client using data as a common language. The study shows an unbelievable amount of collaboration between agencies, media owners and clients and what ties them is the data which is being optimised so that human role is going to stay absolutely crucial.”

The report was based on 17 interviews with media owners, trading desks, agency heads and industry bodies and 97 “digital marketing specialists” – 66 buy-side and 31 sell-side.