Amanda Mackenzie is a woman on a mission. In November last year, she announced that with her company’s backing, she would be taking a two-year break from her CMO role at Aviva to take on an executive advisor role at Project Everyone. Started by Love Actually director and Comic Relief co-founder Richard Curtis, its purpose is to contribute to the effort to achieve the United Nations’ 2030 sustainable development goals on poverty and climate change. Mackenzie has been brought in to make the entire planet – that’s seven billion people – aware of them.

Two weeks after the campaign launched, the project claimed to have reached three billion of that target audience. It did this by organising various large-scale projects around the globe, including conducting the world’s largest lesson across 160 countries with 500 million children. To reach the other four billion, Mackenzie says more help from brands and the advertising industry is required.

But what does the project mean to Mackenzie, one of the country’s most respected marketers, on a personal level? Marketing Week spoke to her at The Marketing Society’s Annual Conference in November to find out more.

How is the project going so far?

I have been working on it for one year now. The number that we have reached collectively is three billion, which was achieved after the launch week in September. I still feel like I am lying because it is such an enormous number. We sent a billion texts and just under half a billion school children took part in the world’s largest lesson.

But the interesting thing is that it is all just beginning – we are creating a brand. [The UN’s] global goals campaign is effectively a brand: it is the umbrella under which the world has created a to-do list. Wouldn’t it be amazing if we do achieve it? We believe that we will only achieve it by everyone knowing about it and holding their government to account. A key part of this has to be the simplicity with which we talk about it.

Before the launch in September, we put a lot of work into it but didn’t know what would happen. This has never been done before, so it is like a gigantic experiment with a lot of logic and thought behind it. But we aren’t done yet. We need to make the goals famous still; they are not famous yet, but they are on that journey.

What challenges have you had to overcome?

There have been enormous challenges with this project, largely because this has never been done before and people cannot get their heads around it. It is a unique kind of social good. Some choose to contribute by building wells or providing money for injections, but this project requires thinking on the other end of the telescope. By everybody in the world knowing that there is a plan and holding their government to account, that will help in the long run.

In the first year, a key obstacle was embarking on something that was quite different [from other campaigns] on such a grand scale. I will say that the marketing services industry as a whole has not struggled to get hold of it – they totally understand the project and are excited by the challenge, which is why they have been so generous with their help and pro bono support. 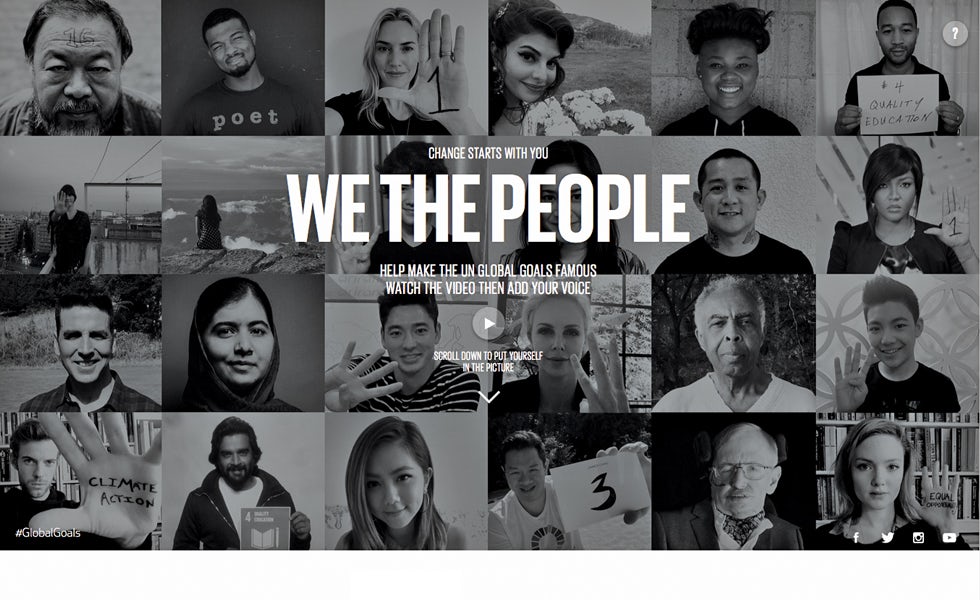 What differences have you noticed between this role and your CMO role at Aviva?

The roles are so profoundly different. At Aviva, I had a really big team, lots of infrastructure in place and discipline when it came to my diary as I had regular review meetings and risk committees. Imagine going from that to the tiniest office space, where initially I had no phone line and no computer. I had to do all of my own diary management. I don’t mean to sound precious, but I didn’t have to do that for 25 years.

The mechanics of the day are also different. We are like a group of social entrepreneurs, and you have to be ruthless in defining what success looks like every day or you will not achieve anything.

How do you stay focused if your daily goals are not clear-cut?

We are all bound by a common drive, which is how to build the most effective teams. We believe in what we want to achieve and the general change that we are trying to start. Over the last year, even if a tiny piece of the jigsaw fell into place or one particular person helped us, we counted that as a success. But overall, we just had to keep moving forward.

What does this project mean to you personally?

In terms of what it means to me right now, I don’t think I will approach my work in the same way again. This project has helped me find my entrepreneurial spirit. It is hard but liberating going from a tonne of infrastructure to none. It forces you to think on your feet. In my career, this is probably the most entrepreneurial thing I have ever done.

How easy was it to convince Aviva to give you a sabbatical?

What was so remarkable and wonderful about what they did is that they knew I wanted to do something more in the world of public service. I have been on the executive committee for seven years and I am the longest serving member by four years. My boss, who was quite enlightened, said: “I think we should help you. If it feels strategically right for Aviva, we would support secondment.”

What would you recommend to other marketers who might want to do the same?

Everything has its right time. If I had asked to do this six years earlier, they would have said no. Nine years ago I joined the board of the National Youth Orchestra, and then about five years ago I became an ambassador for the Orchid Project, which aims to stop female genital mutilation.

Any marketer can either get more involved with projects in their company that are akin to this and use volunteering days or they can join a not-for-profit board in their spare time and contribute that way. When the time is right, you can look at taking this type of project on. Or if you are a company that has a close relationship with a charity, you can maybe get seconded to that charity. I think it is really valuable for people to go somewhere else and gain an entirely different set of experiences.

How has this role changed you as a marketer?

I always thought that it was a great strength to be simple about things; people who make things complicated are usually hiding behind something. This project has taught me the power of simplicity and of cutting through. Now more than ever, marketers really need these skills. With the digital world, if you are not careful, you can become beguiled by technology and it distracts you. But in reality, you need to think: ‘Is this going to work with our customers and will it help us achieve our business objectives?’ You need to be ruthless and tough when you experiment.

Having completed your initial awareness push for the UN goals, what are your plans to keep the momentum going?

It is tricky but businesses are going to be key. There is no way we can ever afford to run constant campaigns; the money does not exist and I am not sure it is the right thing to do. But if every business explores what they can alter in their supply or service chain, the change would be profound. 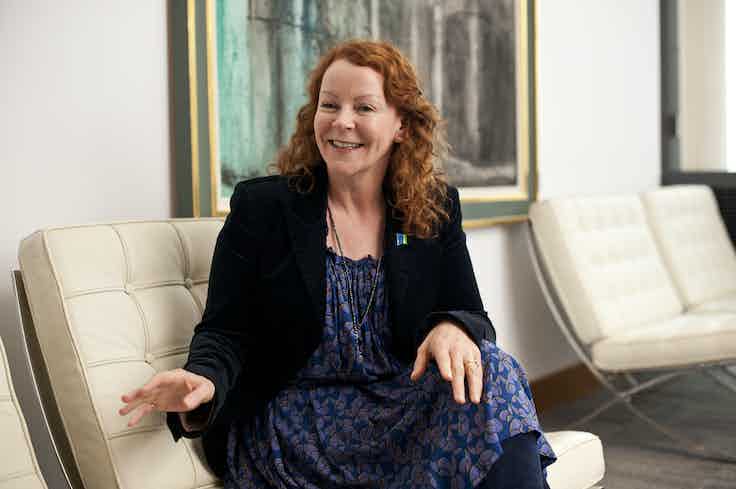 Aviva says it will not replace Amanda Mackenzie as CMO when she takes on a two-year secondment to run a charity initiative with Comic Relief founder Richard Curtis but oversight of marketing will be passed to the chief executive of its global insurance business Chris Wei in her absence. 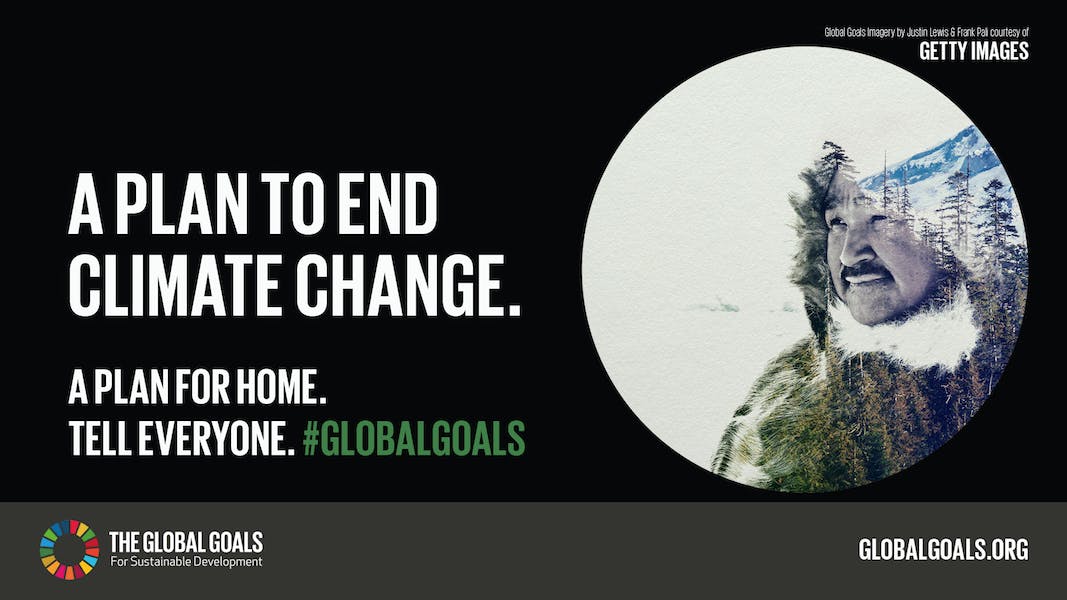 Aviva CMO Amanda MacKenzie is a two-year secondment to Project Everyone to help in its aim to tell the world about the UN’s global goals. Just two weeks after launch it has already reached 3 billion people and the project is now calling on the ad industry to help spread that message even further and help achieve those goals.

Project Everyone is to launch the world’s first global cinema ad in a move aimed at raising awareness of the United Nation’s new global goals and hold leaders and politicians accountable to their promises to end poverty, injustice and climate change.