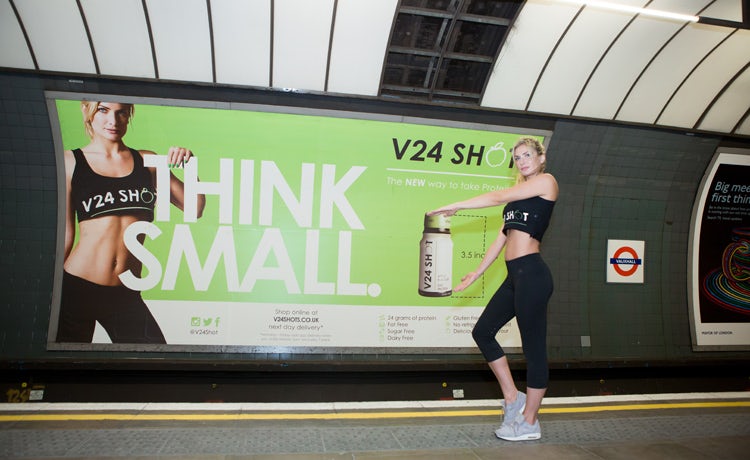 It might have been a couple of years ago, but the bright yellow ad featuring a bikini-clad model firmly cemented fitness brand Protein World into the collective consciousness of British consumers.

The 2015 “Are you beach body ready?” ad, which promoted the brand’s slimming product, sparked a backlash and received 378 complaints after appearing throughout the London Underground.

The man in charge of that campaign was Richard Staveley, who was the brand’s head of global marketing at the time. But he has since moved on to pastures anew and in December last year launched brand building agency BrandBru. He also co-founded a new fitness company called V24. Unlike Protein World, the brand focuses solely on protein shots.

“I had a wonderful time with [Protein World] and we achieved some great things on a personal level and for the brand. But ultimately, my desire to be more in control of my own destiny and set up a business alone is what really motivated me,” he tells Marketing Week.

“With V24, we’re building the brand and covering all aspects of marketing. I’m also getting involved with new product development, and hopefully towards the end of this year we’ll be placing the product in retail stores.”

Staveley now finds himself in competition with Protein World but says he “does not see it as a clash”.

“It’s a massive market, and one big enough for us to all play in,” he explains.

A 2016 Mintel report shows there has been a boost in sales of sports nutrition products. UK consumers spent £66m on sports nutrition food and drink products in 2015, up by 27% from 2013 when sales stood at £52m.

V24 looks to stand out by focusing on becoming a “lifestyle”, rather than a pure fitness, brand and speaking to “a largely ignored” target market – women.

“We want people to look at the brand and have associations of summer, the outdoors and fun. We wanted to engage consumers in an aspirational way. It might seem quite simple, but it’s something many other supplement brands haven’t necessarily done,” Staveley says.

“Their focus is on shouting about being big and muscly, being in the gym throwing iron around, but we’re so far moving away from that stereotype. It’s weighted away from that traditional ‘guy market’. While we’re not a female brand, we want to be talking to them.”

[Our competitors’] focus is on shouting about being big and muscly, being in the gym throwing iron around, but we’re so far moving away from that stereotype.

V24’s first out-of-home campaign can, of course, be found on the London Underground, and is described by Staveley as a “big bold ad that looks to do the basics well”.

It features a blonde model, alongside the slogan ‘Think Small’. While the brand claims the slogan only refers to the small size of the protein shot, Staveley admits people might infer a message of weight loss. When questioned on whether the ad might stir up flashbacks of the Protein World campaign, he adds he would “never want to take a different approach to advertising”.

“The ‘Beach Body Ready’ ad was a couple of years ago and I’ve moved on, but it was wonderful as a brand. Everyone involved with it will stand by that campaign. What we set out to do was achieved. I know it was deemed quite controversial, but it was deemed so generally by a loud minority and they gave us a wonderful platform to scream and shout what the brand really was about,” he concludes.

“Whether people like to admit it or not, particularly in the build up to summer, weight loss is something millions of people around the world start to think about. And in terms of the slogan, it’d be a total lie to say that’s not something we’re well aware of. People might think ‘Think Small’ means you have to be small before you go on holiday, which is not the case, it does refer primarily to the bottle. But it’s also open to interpretation.” 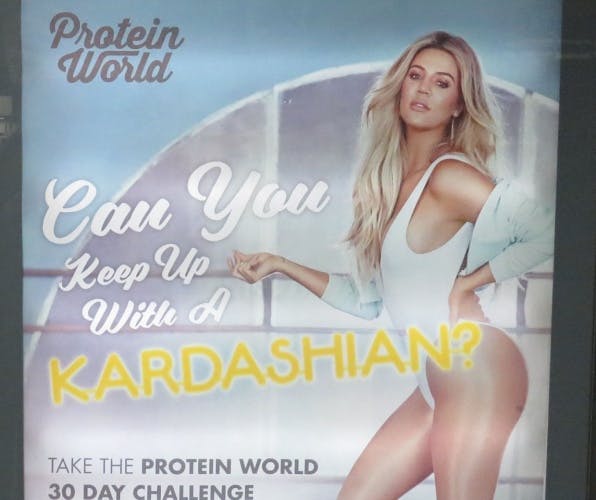 The ad, featuring Khloe Kardashian, attracted 14 complaints from consumers who claimed it promoted an “unhealthy and competitive approach to dieting”.