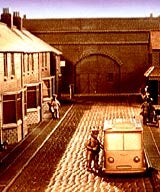 In recent years, major packaged-goods brands such as Unilever have been allocating increasing sums from their media budgets to sponsorships. This has resulted in a sharp increase in sponsorship expenditure.

Mintel’s latest sponsorship survey says that sponsorship expenditure rose strongly until 2000, supported by good economic growth. However, in 2000 and 2001 growth slowed for two very different reasons. In 2000, the ending of millennium sponsorship slowed the rate of growth. The millennium was a one-off event and the fall-off after it was not indicative of a general decrease in the willingness of companies to sponsor.

In 2001, economic factors caused expenditure to grow very slowly. Major companies scaled back their marketing activities in the face of a global economic slowdown and the effects of the attacks on the US.

Taken over a long timescale, many feel that traditional advertising has lost some of its impact. Consumers, faced with information overload, increasingly skim through the press and click through TV and radio channels, resulting in diminished advertising performance. In this environment, many advertisers have sought to make direct associations between products or brands and press, radio or TV content, through the use of sponsorship. This phenomenon has supported the sponsorship market in the current economic situation.

Nascent dot-com companies moved strongly into sponsorship, needing to raise their public profile. Though the collapse of the dot-com bubble had a detrimental effect, the UK sponsorship market was less exposed to the new economy than it was that in the US. However, the advent of the dot-coms did push up sponsorship costs, forcing some traditional sponsors out of the market.

According to Mintel, there has been a radical transformation in the nature and organisation of sponsorship deals.

There has been a trend towards greater “churn” on sponsorship deals, as companies make deals over shorter timescales, to fit in with planning periods that are themselves generally shorter. Sponsorship is increasingly being

used as a tool to drive sales – not just to build image or awareness. This is another factor that is helping to shorten its time-frame.

Sponsorship is also becoming more integrated with other areas of marketing communications. Sponsorship deals which are not performing are dropped quickly. Those events and organisations seeking sponsorship money have had to become more marketing-oriented, as they have recognised sponsorship’s role as a valuable part of a marketing programme. In future, Mintel believes that sponsorship will become fully integrated into marketing and will become a mainstream marketing weapon.

Encouragingly, there are greater sponsorship opportunities as property owners segment and develop a range of deals for sponsors (they can be lead sponsors, official suppliers, technology partners and so on). There is a move towards partnership between sponsors and property owners. Sponsors and sponsored alike appreciate that they both have a stake in the deal. Property owners have realised it is not only the sponsor’s reputation that is at stake in a sponsorship deal – choosing the wrong partner can also damage the sponsored organisation.

Also, as the media fragments, there is increased availability of niche sponsorship opportunities – even minority sports and events can get some coverage, whether through major media (TV, radio, press), the Internet or even text messaging.

But as sponsorship moves into the mainstream, it increasingly faces the same problems as mainstream advertising. Sponsorship growth has been encouraged by the perception that traditional advertising has lost some of its impact, resulting in diminished performance. However, according to Mintel, consumer awareness of programme and event sponsorship is also diminishing.

Mintel puts the fall in awareness down to the very media fragmentation that encourages niche sponsorship. This fragmentation may also lead to lower mass-market coverage of key events.

The main benefits of sponsorship are seen as its ability to improve choice, its help in staging events and its ability to publicise events. Interestingly, since 2000, a much smaller proportion of consumers view sponsorship as a means for keeping prices low. Consumers increasingly appreciate that sponsorship is an additional, rather than alternative, source of revenue for a sponsored property.

Consumers find the main drawback of sponsorship to be the perception that it makes some events too commercial and gives sponsoring companies too much power. However, support for these negative views has weakened appreciably since 2000. Indeed, all the negative statements in the survey attracted lower support in 2002 than they did in 2000 – suggesting there is a growing acceptance of sponsorship as a positive force.