The eagerly anticipated console hits stores nationwide a week after the arrival of Microsoft’s counterpart, marking the first time two next-generation consoles have launched simultaneously. Pre-orders for Sony’s console, priced at £349, sold out in August with numbers around four times higher than PS3, according to retailer Game.

Both Sony and Microsoft have tried to generate buzz around their respective launches with tactical promotions in recent weeks and are showing no signs of slowing down going into the crucial festive period. Playstation is partnering with Channel 4 to launch two second “blipverts”, created by Manning Gottlieb OMD and the broadcaster’s 4Creative agency tonight (29 November), while Microsoft is rolling out adverts under its “All in One” positioning and across Future titles T3, Total Film, CVG and Fast Car.

The activity has sparked strong levels of interest in the PS4 and Xbox One to date. Whereas Xbox One launched globally on one day, PS4 has staggered its launch with the US roll out taking place last week, meaning discussion and excitement from those gamers has helped to stimulate UK chatter.

The PS4 tracked above its rival in terms of purchase intent in the 7 days prior to its release, according to communications agency Way to Blue. Sony’s console (as of 12.00am 29 November) had 61,750 mentions compared to Xbox 55,796 over the same period. Out of the PS4 mentions 11,537 were from gamers revealing that they had bought, ordered or wanted to buy the console compared to the Xbox One’s 9,386.

PS4’s lead in social conversations can be tied to its slightly larger fanbase and brand recognition, with 80 million total PS3 owners compared to 77 million for Xbox 360. Fans have lauded Sony for its unrestrictive used-game policy and easy offline-play capabilities, after Microsoft sparked negative criticism for their strict digital rights management (DRM) and always-online playing policies.

While Sony’s strategy appears to be paying dividends already, Microsoft’s “All in One” approach could prove the stronger of the two in the long term according to research from digital experience agency Beyond.

The Xbox One was referenced more often (259,343) for its entertainment offering on Facebook, Twitter, YouTube and Reddit than the PS4 (172,651) between 11 May and 11 November. During this period, the latest Xbox’s entertainment features were more often postively discussed (13 per cent) than those offered by Sony’s machine (10 per cent), with fans citing the variety of applications and the ability to stream MP3s as reasons why they would buy the console.

Nils Mork-Ulnes, head of insights and analytics for the EMEA region at Beyond, says: “So it appears that PS4 has the edge when it comes to committed gamers, but the gamble Xbox appears to be making is that there will be a larger market for an entertainment machine that will draw new users into the Xbox franchise. This could change the whole dynamic of the traditional console wars.

“If the market embraces the ‘all-in-one’ approach Microsoft will have a much-desired vantage point in people’s homes.” 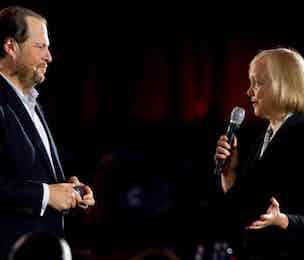 Marketers, not CIOs, are leading the “third wave of computing”, a new world where everything from the toothbrush to the aircraft engine will soon be connected, a shift Salesforce coined at its annual Dreamforce conference in San Francisco this year as “the internet of customers”. 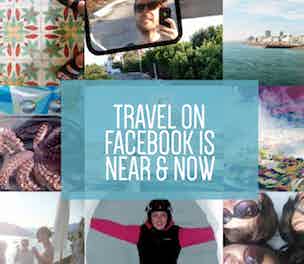 Facebook is planning to woo the travel industry with a series of events, research and ad targeting refinements in the coming months as it looks to turn one of its fastest growing advertising verticals to one of its biggest in 2014.