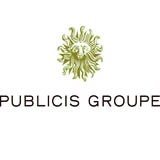 The marketing services company, which owns Saatchi & Saatchi and ZenithOptimedia, cited growing digital spend, particularly in emerging markets Brazil and China, as key to its performance.

Digital accounted for 30.2% of total revenue during the nine-month period up to September 30, up from 28.7% in the same period a year earlier.

Publicis chief executive Maurice Levy says: “Digital advertising is generating more for us than classical advertising is. However we have limited acquisition plans around the discipline as we feel we have a strong offering globally.

He adds: “Digital spend in Brazil is on fire and at the moment we’re focused on meeting demand by acquiring more staff.”

Ad spend by consumer goods brands is “doing well”, Levy adds, but the financial sector “was still suffering” and found it difficult to execute strong communications strategies amid growing concern over the state of the economy.

Europe revenues grew 7% to €427 million (£373 million), with the agency citing strong performances in Germany and France, where revenue grew by approximately 10%. 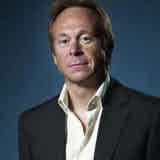 Marketers and ad agencies have a moral and financial responsibility to shine optimism on the economy and “bring joy” to consumers, according to leading agency boss Robert Senior.