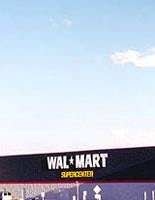 Publicis has been appointed by Wal-Mart to handle its £100m pan-European advertising account.

The move means Publicis will handle advertising for Wal-Mart’s ailing German venture, as well as the £100m Asda account it has held for the past eight years. The German account was previously held by Wal-Mart’s US agency GSD&M.

News of the appointment will help quash rumours that Publicis’ hold on the Wal-Mart account could be undermined by last week’s departure of Asda boss Allan Leighton. It is understood that the appointment was a joint decision between Leighton, Asda marketing director Richard Baker, and Wal-Mart worldwide director of marketing Paul Higham.

Lee Scott, president of Wal-Mart, is said to have been impressed with Publicis’ work with both Asda and Wal-Mart’s Canadian division.

Rick Bendel, group chairman at Publicis, says: “We have been the custodians of the Asda brand in the UK and we will be the regional centre for Wal-Mart in Europe.”

He adds that the departure of Allan Leighton, whom he describes as a “close friend and colleague”, will not undermine Publicis’ relationship with Wal-Mart bosses in the US. He says: “We have been told we are considered to be one of the family.”