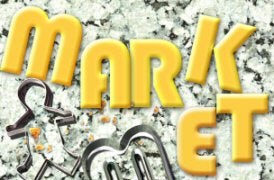 Ad executives old enough to remember the 1970s often do so with a certain degree of wistfulness. Commercials ran on the commercial channel; DM invariably meant direct mail and mobile marketing was a pair of legs propelling a sandwich board. Jump to the present day and the media landscape is a lot more exotic. From the perspective of advertisers this explosion of choice creates huge opportunities for getting brands in front of audiences; but also tough challenges. Among the toughest is how best to apportion a research budget that has failed to keep up with the spread of available media.

The first hurdle for today’s advertiser is knowing which parts of the mix to test and which to run blind. The standard practice is to pre-test the bits that are expected to generate the most publicity. Rightly or wrongly this means that television captures the lion’s share of the budget.

HPI Research senior partner Terry Prueat says: “The reality is that TV is very noticeable. If you go into quieter media you don’t cause so many waves.”

Adopting a TV-centric approach does, however, have a downside. Typically the casualties are newer media such as experiential and interactive campaigns. minnows in terms of ad spend, yet a big influence on people’s purchasing decisions. Forced to make a straight choice, most marketing directors settle for the devil they know and test the TV campaign. Olivia Johnson planning director at ad agency Hooper Galton is more pragmatic.

“It depends how much research you need to make a decision,” she says. “Pick the most important bits and research those, or pick the parts that worry you the most.”

As an example of where breaking the research habit paid off, Johnson cites Dove’s Campaign for Real Beauty, which she worked on at Ogilvy & Mather.

“We just researched the telly because we knew that if people liked the telly they would like the posters,” she says. When it came to the tick-box campaign inviting women to declare their support for Dove’s convention-breaking stance, she says, the brand did no formal research at all. “We just knew that we were onto a winner.”

Selective testing
A selective approach to pre-testing TV advertising can pay dividends. First, only doing as much pre-testing as is necessary frees up budget. And with extra resources comes the opportunity to invest elsewhere. One possibility is to put money into developing tests and metrics to predict how newer, high growth items in the media mix, such as experiential marketing, will perform in real life.

Larry Friedman, global head of TNS’s ad and brand division, is keen to shift media research in the direction of creative development. Rather than focusing on “one number” systems that pass or fail campaigns according to how well or how badly the copy performs against a set of pre-specified metrics such as recall, persuasion and engagement he calls on the industry to use research as a tool for making underperforming ads work better.

Often all that is required to bring a sub-standard piece up to scratch are some well judged tweaks. In such cases, says Friedman, the researcher’s job is to work with consumers to pinpoint the problems and, through trial and error, develop creative that gels.

As an example of the benefits of what he terms a “diagnostic” approach to creative development, Friedman cites a technology manufacturer that hired a famous person to do the voiceover in a TV ad. However, when the creative was put before consumers it became clear that people’s interest in the celebrity was diverting attention from the very messages that the brand wanted to get across.

“By building research into the early stages of the creative development and making one simple change [replacing the celebrity with an anonymous voice] we were able to avoid a situation where the entire ad would have been scrapped,” says Friedman.

Listening is the key
Not all campaigns are recoverable. Sometimes the source of the problem resides in a creative misjudgement; other times in strategy. Either way what matters is that media researchers listen intelligently to consumers.

Prue uses Sainsbury’s “Value to Shout About” campaign, featuring a hectoring John Cleese, to highlight how an ad can do well in pre-testing and yet still miss the mark with the public. When the ad was put through the standard tests, says Prue, the key proposition – that Sainsbury’s prices were lower than people thought – came out with great clarity. “They were told it would be one of Sainsbury’s most successful campaigns ever.” Only when the commercial starting playing in people’s living rooms, did it become evident that neither the message nor the tone of voice were appropriate to Sainsbury’s brand.

One challenge that has always bedevilled media testing is how to mimic, under research conditions, the experience of casually encountering marketing messages in the rough and tumble of everyday life. Now, with the arrival of online research, brands have the option of showing ads in a real world environment, albeit one that has been mocked up on a PC screen.

Peter Haslett, chairman of Ipsos ASI in the UK, has used online research to road test posters in venues that range from ad-shells to the wall-space above men’s urinals. Notwithstanding the limitations • of the medium, he argues that the internet has moved communication closer to real life. “In an ideal world everything would be tested in its natural environment,” he concedes. However, because of budgetary and time constraints, that is rarely practicable. But, he adds: “If you show a mocked-up poster [on screen] in the context of a real setting, such as a roadside bill board or a bus shelter, that’s still a step forward.”

Real life labs
Some researchers go further still in the pursuit of authenticity. Adele Gritten, head of media research, at agency Quaestor is concerned about making the research experience less like a “laboratory” and more “real.” To accomplish this, she recommends researching creative campaigns in the places in which the communication would normally be consumed.

“For home-based research I might get someone to watch a programme they would normally watch, such as an episode of Coronation Street, and splice in a reel of ads containing the client’s commercial.” The point of doing this, she explains, is to get the viewer into a consumer-like frame of mind. It might sound like common sense, “but, it is not widespread industry practice.”

Brand owners now have the option to run campaigns targeting different consumers with different messages. A classic example is mobile phones, where operators will use one tone of voice for business people; another for personal users and something different again for the youth market.

More ambitiously, media fragmentation opens the way to targeting consumers by tastes and personality. Friedman cites a project to promote Hawaii to culturally-oriented holidaymakers outside the mainstream “fun and sun” market. The upshot was that the tourist board developed two sets of creatives, one focused on the popular image of Hawaii for mass-market channels and another, highlighting local culture, for the National Geographic Channel.

Saying different things to different people does, however, raise the question of whether it is possible to adopt a diversified media strategy and still project an image of the brand that has strength and coherence.

Monitor consistency
To determine where the boundaries should be fixed in this trade-off between pluralism and consistency, Haslett recommends using research. “The trick is to listen to how people talk about the different pieces of creative,” he advises. “Do they recognise a common theme that spans the different media? Is there an underlying sense of a consistent message?”Marketers today have more media to juggle than their counterparts 30 years ago. To miss out on the opportunity that this choice creates for a more personalised style of marketing would be a shame. But to pursue customisation blindly, to the point of breeding a chameleon brand without a sense of self would be worse still.

Ann Fudge, the chief executive of Young & Rubicam Brands, is retiring at the end of the year. She stood down as head of the network a year ago.