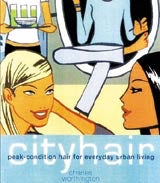 PZ Cussons managing director Bob Jones says the company has not decided on the fate of the Charles Worthington advertising account, although he denies that it will be shifted into roster agency BDH/TBWA. Charles Worthington has previously handed its advertising tasks to agencies on a project basis, with Farm the last agency to work on its brands in 2002.

Jones also confirms the exclusive distribution deal between Charles Worthington and retailer Boots will remain in place for the foreseeable future. Jones adds that the brand’s premium positioning is unlikely to change despite its acquisition by the mass-market personal care company.

Colback will report directly to Jones, and will take over responsibility of the Charles Worthington brand independently of Chris Thompson, who will remain head of marketing for the rest of Cussons’ brands.