Marketing Week: How is Boots going to mark the 15 year anniversary of Advantage with its marketing?

Ruth Spencer (RS): We’ve been collecting customer comments on Facebook – one of the great things about Advantage card is that so many women have great stories about it and what it means to them. It’s a great time to use social media to collect people’s stories.

Everyone tells me stories about how they treat themselves with points and we want to use that insight to drive our PR and social campaign. Primarily were looking at doing a big online campaign rather than something in print as we’ve found that [Advantage] is a really great conversation starter, so rather than doing print and pushing messages, what we wanted to do was enable people to share their stories.

MW: Having been around 15 years, loyalty in the UK is now a mature market. How is it changing and what is Boots doing to respond to change?

RS: I’ve worked in loyalty since before Advantage, working on Shell, and there are a few big things that have changed. Customers now expect personalisation from data and expect a multichannel experience.

In 1995 people were genuinely surprised that we were collecting data. By around 2002 you could wow someone by targeting because you’d used the data intelligently. Now customers think: “you’ve got my data I expect you to use it”. Now there’s more understanding of the data they’ve provided and they’re expecting us to use it intelligently.

MW: Does that put more pressure on Boots Advantage?

RS: Yes it absolutely does as there is that increased expectation to use data, but equally when we get it right we’re much more likely to see a response because we’re doing something tailored around [customers’] needs.

MW: There are a lot more loyalty schemes and partner schemes than 15 years ago – how does that change how you behave? 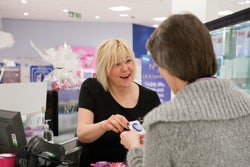 RS: Customers are much more savvy and much more considered about which schemes they participate in. They have to feel there’s a fair amount of value for the effort they put in. It’s put up the bar for all schemes. Loyalty’s got to be straightforward and it’s got to give rewards that people value otherwise people just won’t take part in it.

As data gets more complex the face of it has to stay simple. If you’re not simple to work with people will not engage with you. That’s why we keep four points in a pound, it’s simple and people feel they get a reward back that’s worth having.

MW: All brands are striving towards personalisation in different ways, how is Boots driving a more personalised offer?

RS: The first thing for us was overhauling our systems that process our data and the platform that Advantage runs on. We’ve done a massive bit of IT investment because to get personalisation right you’ve got to get the data in an accessible form and to a place where you can use it.

We’ve done the heavy lifting in terms of IT and that’s enabled us to get better targeted offers through traditional channels like direct mail. The other big thing for this year is that in Boots you now get a till receipt targeted on everything we know about your spend, not just that basket, but everything we know about you.
Sometimes it will be a paper coupon, sometimes it will be a prompt from a colleague at the till.

MW: Immediacy is something that loyalty schemes are having to deal with as people seem less keen to collect points gradually, are you noticing this kind of shift from long-term points collection to faster redemption?

RS: We’re not seeing that to be honest. Women see Advantage card as a way to treat themselves. There’s people that save up to buy Chanel perfume, others that save up for a meal deal at £3, others for Christmas. The thing that people like about Advantage is that they can redeem points whenever they want. Whenever they walk into a Boots store and don’t have to wait for any particular mailing. It’s always put that control in the hands of the cardholders – they can use it their own way. The flexibility and control really works for people.

MW: There is a trend towards bringing loyalty onto smartphones but Boots has been cautious about moving towards mobile, how are you now bringing mobile into Advantage? 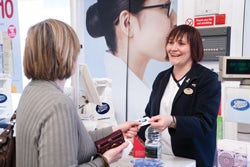 RS: It comes with my age, but I remember being around websites after the .com bubble burst and it’s stuck with me that you shouldn’t build a website unless someone will come to it more than three times. You can waste a lot of money doing things that never get into someone’s repertoire and have utility. Where we have been more cautious is in being rigorous – we will not build apps unless they are genuinely going to be useful in the long term.

It’s been much more considered so that we can produce something that customers will find value in.

We’re getting ready to launch something for Christmas, then there’s a series of things that we will launch afterwards. We’re really excited about it but I can’t say anything about it yet.

As a first step towards multichannel, we made it much easier to manage Advantage card on line. Everyone gets obsessed with an app forgetting that the first thing you’ve got to do is get things digital in the first place. One of the major changes from our IT system is that you can now redeem points online and if you bought things online you had to go to a kiosk in store to get your points. It’s more important before getting too seduced by sexy apps to make sure you’ve got the basics of digital right, otherwise you’re at risk of doing the shiny bits at the edge without having the foundations right.

MW: Boots launched Treat Street – an online shopping portal where cardholders can earn points shopping online with other retailers – is that still growing?

RS: In the run up to Christmas it’s going to be massive because really keen Advantage cardholders love new ways to collect points. We’re working really hard with partner retailers to get exclusive offers through that channel.

We keep revisiting partners in line with what customers are looking for and have added a lot more fashion retailers since launch because it was an area customers were interested in.

We’re never going to be like Quidco and have every retailer, it will always be an edited choice. A marketer amongst lawyers: Freshfields Chief marketing and business development officer Libby Chambers answers questions as part of her profile with Marketing Week. 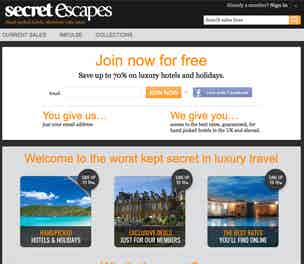 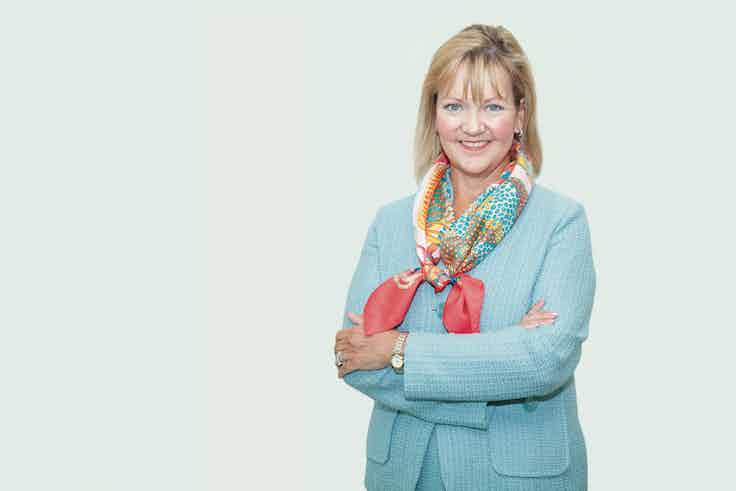