Marketing Week (MW): What kinds of data will the companies involved in the Midata Innovation Lab be working with, in their efforts to build apps for consumers?

Jo Swinson (JS): We are recruiting 1,000 volunteer customers, many of whom are actually employees of the partners signed up to the [Midata] process. They can volunteer the amount of data they want to be available to the extent that they are comfortable. The idea is that [partner companies in energy, telecoms and finance] can then use that to try out, develop and experiment with different types of applications that would be useful to consumers, and do that in an environment that uses real customer data. It’s not just simulated, but is able to respond to actual consumers.

MW: What do you think are the economic benefits of opening up customer data held by companies, for those people to use? Is it all about switching providers when they find a better deal?

JS: There’s a lot more to it. Switching and price comparison is one of the most obvious ways for people to understand what the potential is, partly because there are already price comparison sites and mechanisms out there. I was redoing my home insurance at the weekend and using comparison sites, but it takes you quite a long time to put in your details; it’s the same when you’re doing your energy bill. If you had data which was in a portal, to be able to do that more quickly would be easier for the consumer, more consumers would do it and that would promote competition.

If you were getting data on your finances, with Lloyds Money Manager for example, then you are able to see all your spend in one place and start analysing how they might make different spending decisions, not just get the best interest rate or the cheapest bank account. Equally, you might get similar products for your food shop, which would help you analyse health and nutrition. There are lots of different ways we haven’t even conceived of yet in which this data could be used.

MW: Has there been too much focus on switching in the communications strategy of Midata, meaning that businesses don’t see the benefits because they fear they will lose customers?

The focus on that has also been because that’s what people understand, it’s what they get; but the whole point of the lab is also to develop different and new uses of this data. It’s not just about price. This is also an opportunity for brands to build further relationships with their consumers. Previously that has been done on a one-way street with loyalty cards and so on, but what this enables is a lot more interaction between the consumer and the brand.

MW: As a result of the Enterprise and Regulatory Reform Act, you now have powers to force certain companies to release consumer data. Do you foresee having to make regulations to do so?

JS: I hope we don’t have to, because I think the business benefits of this are absolutely huge and I think it’s a win-win. I think consumers benefit and I think business benefits from innovation and competition within the economy. But at the same time, given that we had the vehicle of this Bill going through the House of Commons, it was important to take that power, because this is an area that is developing quickly and could end up delivering significant benefits for consumers. If there end up being certain sectors that lag behind and refuse to engage in giving consumers those benefits of what is, after all, their data, then we’ve got the power to require them to do so. Clearly we’d much rather do it by getting them on board and recognising the advantages.

MW: What are BIS’s own goals for this process? Do you have a personal investment in both consumers and businesses getting value from Midata?

JS: It is about changing the whole dynamic of how consumer data is used to benefit consumers. If consumers are getting that benefit, they’re going to welcome the companies that are helping them to unlock that and have a better relationship with them. In terms of the way the economy works over the next 20 years, this is going to be really, really significant. I’m really keen to ensure that the UK gets in right at the beginning of the curve.

MW: The Ministry of Justice has been campaigning against a new EU regulation that would force businesses to give data back to consumers. As this is the principle Midata is based on, do you feel you’re getting resistance from other parts of government?

JS: I think there’s a lot of enthusiasm across government. I think it’s important that we get it right, and that’s why we’re doing things like the innovation lab and why we’ve got the working groups that we have set up on Midata. We don’t just launch in head-first without testing things, particularly on issues like privacy and security of data. At the end of the day this is something that is a business benefit, rather than being burdensome for business, and we want to help businesses to see that. 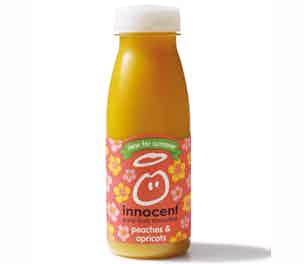 Innocent’s head of creative, Dan Germain, on how the brand uses language and whether he agrees that Innocent defines the ’tone of voice’ movement.