Marketing Week: 2012 marks 10 years since O2 rebranded from BT Cellnet, how has the business and wider industry developed in the past decade?

Sally Cowdry: As you think through the stages of the industry over the last 10 years, our positioning right from the very beginning was from that deep insight even 10 years ago that a phone was more essential than your keys or your wallet.

A sentence from research was then jumped by a brilliant market researcher on to bring us to “essential to life”, which of course is oxygen, which is how the O2 brand name was born 10 years ago.

The beginning of our life was very much in the growth stage. Then we focused on becoming the customer champion in terms of value for money propositions. We were the first to put bundles on to pre-pay and the first to offer SIM-only tariffs on post pay. All the time we were focusing on innovation in value through what customers were really caring about.

Then, before the industry really moved into its mature stage, we moved to a focus on our base in 2005. We said, even though the industry was still in growth, it’s a very broken business model if all you keep focusing on doing is getting deals for the new customers and dancing around your existing base. We offered fair deal, the same for both, that’s what customers see it as.

We then added more fun with treats, priority ticketing, extended that to our academies, then last year took the Priority positioning to Priority Moments.

The stage we are in now as an industry is moving from mobile to all the products and services that mobiles now enable you to do – they’re a computer in your pocket. From us that is innovation in financial services, shopping, Priority Moments, opening up the network through O2 Wi-fi, and so on.

MW: How are you approaching this new stage in the industry?

SC: We had a real deep think, drilling from customer insight, about what we are doing as a business and where the industry is going and how technology enables you to do more. We thought up what is both a refreshed brand and a business strategy. At O2 the brand really is the entire company. It’s all-pervasive; we see every touch point with our people as a brand experience.

Our brand strategy is our business strategy. The first incarnation of that in a creative format is about “Fresh thinking, new possibilities”.

This is about a point of view on everything that we do. So if we’re going to have a new product, what’s fresh about it? A new tariff: what’s fresh thinking, new possibilities about it? In everything we do we are trying to bring that philosophy to life.

It’s a very galvanising thought because it means you have a lens with which to put every decision through. Is it fresh thinking? Does it unlock new possibilities? In which case, go. If it doesn’t do either of those things then we shouldn’t be spending time or money on it as it’s not what customers really value.

MW: How did you come to this point of view?

SC: This all came from an insight in a macro environment. Everything at the moment does tend to blur into greyness. A lot of things can be normalised, bland and grey in this environment. The economic environment is pretty tough for vast majority of people.

But we think customers and people generally like to be optimistic and there is a feeling in 2012 – with the Queen’s Diamond Jubilee and the Olympics – that there is an air of hopefulness despite everything.

We are harnessing into that insight and saying in our market we also believe every [other operator] is just blurring into one and we want to stand out from the crowd and unlock the new possibilities.

MW: How will you communicate this new mindset in your marketing?

SC: A launch TV ad runs for eight days and it has a couple of underpinnings on what we’re doing to unlock the possibilities. At the end of the first ad the voiceover says: “shopping, money, your community: things are changing”.

We’ll be making the music in the ad famous and releasing it on iTunes later in the year. The soundtrack is “Little Boxes” by Malvina Reynolds, originally a 1960s anti-establishment song talking about how life is all the same. We took the beginning and changed the end. Essentially we’re looking to convey that the world is all the same but we’re wanting to make a difference – it’s this idea of sameness that we wanted to break away from.

That song will play through lots different bits of our campaign, not always sung, it may just be a bit of music in the background and there may be just be one verse. It’s a great platform to bring out lots of different messages from this whole new mindset.

We’ll also be working with lots of different artists to bring the song to life including Canadian band Walk Off The Earth, who will make the music out of lots of little boxes.

MW: What else will you be doing beyond the song and the TV campaign?

SC: This campaign is all about possibilities so there will be a lot of media firsts. The plan is to have the most interactive campaign ever and one of the things we talk about internally is “no dead ends”. So when you come to the end of our brand ad, there is a www.o2.co.uk/changing URL, which is the first ever voice activated website that links you to our Gurus who can point you towards the changes you care about.

We’ll also be using augmented reality in a way that’s never been used at this scale. Posters and press ads will have another layer of interactivity when you put your phone over them.

We’re also looking at things like sound showers. In about 15 locations, you will walk into an area and that movement kicks off our Little Boxes song, but only you can hear it playing, not even someone a metre away from you can hear the same audio.

MW: What is the strapline for your marketing campaign?

SC: There isn’t a strapline because we want the individual messages [in each iteration] of the campaign to convey fresh thinking. Quite often a strapline can compensate for messages not being as strong. We felt that we couldn’t better the strapline we already had [“We’re better, connected”], so it’s quite confident positioning not to have one.

MW: Why are you launching this campaign now in 2012, is it linked to your anniversary?

SC: No. It’s linked to our natural brand evolution and we landed on this positioning late last year. It’s not about 10 years, it’s about the fact that we have always been most successful when we’ve been focused on the customer and by employing fresh thinking. Now fresh thinking is very linked to new possibilities so it’s a natural next stage in our life

It so happens that this year is a really good year to unlock it because you’ve got all the new possibilities the UK is enjoying – like WiFi, the Olympics, the Jubilee and so on. That’s a happy coincidence rather than a starting positioning.

MW: What are you hoping to achieve by employing this new mantra throughout the business?

SC: We’re hoping to create a common lens through which everyone in the business can assess ideas, conversations and debates and that’s very galvanising. We’ve always had a commonality on our values, so you might say to a colleague “that’s not very bold, is it?”, “are you really being open?”, but now we have this new lens of “is it fresh thinking, new possibilities?”.

This is not about an ad. It’s not about a marketing campaign. It’s about a way of doing business for our customers. 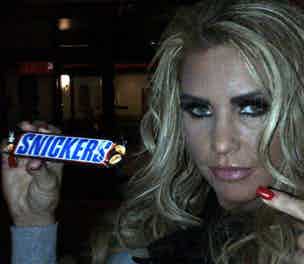 Mars has escaped censure over the controversial tweets sent by celebrities such as Katie Price and Rio Ferdinand promoting Snickers, the first ever ruling by the advertising watchdog on a Twitter campaign.

Of real interest in your article about customer service (MW 23 February) were the comments from Sir Richard Branson and Phil Stewart from Virgin Media. This time last year, I experienced the worst customer experience debacle of my life, following Virgin Media’s failure to install its service when promised. Multiple calls to multiple representatives on […] 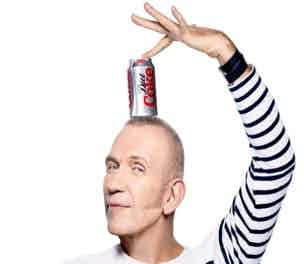