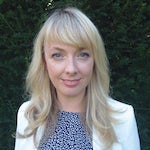 Sophie Woodford was mortified when she learned she was being moved to work on Kimberly-Clark’s moist tissue category, a division seen at the time as the place where good marketers went to die.

On hearing the news from her boss, Woodford’s first response was: “What have I done wrong?”

In reality it was what she could do right that led her to the least glamorous area of the business.

As it turns out, looking after the moist tissue business was not the end of Woodford’s career but one of her biggest successes, taking a category that was in terminal decline to growth of 34 per cent in the first year and making it a thriving part of the business. That was thanks to the £3m launch of Andrex Washlets – a moist flushable toilet tissue – in 2012, featuring TV presenter Dawn Porter.

Woodford is now European marketing director of Kimberly-Clark’s Kleenex brand and is at the helm of its latest launch, Kleenex Sensitive. She is also taking charge of a packaging redesign for its entire range, which will debut this month. There has been a £2m investment to bring together the variants of the Kleenex brand, including Original, Balsam, Ultrasoft and Mansize, under a more consistent design.

There will be an integrated marketing campaign, including in-store promotions, PR and social media activity.

Our role as marketers is to defend our        brands from commoditisation and there are a number ways to do that; design is one

The Kleenex redesign is part of a drive to increase everyday usage so that sales depend less on the cold and flu season. Kimberly-Clark’s European sales decreased 1 per cent in the second quarter of 2014 due to a mild winter, although its worldwide sales of $5.3bn (£3.2m) were up by over 1 per cent and sales in the consumer tissue sector rose 1 per cent to $1.6bn.

Research showed Woodford that there are 33 billion occasions in the UK where facial tissues can realistically be used. Her task is to convince consumers to choose Kleenex for more of them.

Marketing Week (MW): Why has Kleenex decided to redesign and launch a new product at this time?

Sophie Woodford (SW): I came to Kleenex last year and it was my first time back at the brand since being a graduate. It was strange because many of the products I had launched and the packaging I had worked on were still the same.

The first thing I did was a pan-European audit. As a category facial tissue is quite uninteresting. I hesitate to use the word commoditised because that is what we all guard fiercely against, but you could see how the market was slipping that way.

Our role as marketers is to defend our brands from commoditisation and there are a number of ways we can do that; design is one.

MW: In what ways is the category uninteresting?

SW: In the audit we heard that it was secondary to milk in terms of interest. When you consider facial tissues, something that lives within the home, it should be more interesting than that.

Looking in-store there was a sea of sameness, no one was breaking any rules or doing anything different.

MW: How will the Kleenex redesign stand out on shelf to tackle the sameness issue?

SW: At the moment it is a complex range with confusing graphics that do not tell you who it is aimed at and what it is for. We wanted to take a holistic approach to the brand, for the first time in years.

The packaging is the silent salesman. We thought of what kind of salesman people want. Do they want someone who is shouting through a megaphone saying, ‘buy me’, or someone who says, ‘hey I know who you are and I think this would suit you’.

You build a strong brand by being consistent at every touchpoint and building the consumer’s memory structure. Kleenex is a global brand but we haven’t been coherent about living one brand identity.

MW: How much does promotion affect what you can do in-store?

SW: As with any category there is a huge reliance on promotion. We would like to see less of that. By better meeting consumers’ needs we can start to move away from it.

In Europe, during the audit, we saw big yellow promotional flashes on packs and if we are really meeting consumers’ needs we should be able to dial back on that.

MW: Sales in Europe in this sector declined slightly in the second quarter. How will this campaign help?

SW: This year has been challenging because we didn’t have a cold and flu season and this is one of the reasons why our strategy is so important. It is interesting to hear our chief executive talking to Wall Street about cold weather [instead of financial growth].

It is one of the reasons why we need to move away from the reliance on seasonality and towards talking about facial tissues always being in arm’s reach. That is why design is so important to having tissues out in your home, because if they are out, you will use them.

MW: Where is the innovation coming from at Kleenex?

SW: One of my key responsibilities is innovation, so I work as part of the brand development team. One of our key principles is whenever there is an opportunity, talk to the consumer.

I’m forever getting myself thrown out of stores for accosting people, but I will talk to anybody.

For the new Kleenex Sensitive range, it was an insight we heard when people were talking about Kleenex Balsam that led us to that innovation.

We were talking to some extreme hay fever sufferers about their watery eyes. A couple of people commented on lotions in tissues [such as those that Kleenex Balsam contains] and that they don’t want to use it around their eyes because people with sensitive skin are advised to never put anything on the area. That was the starting point for the Sensitive variant.

MW: How has your past experience, particularly in how you turned the moist category around and launched Washlets, helped you in the work you are doing at Kleenex?

SW: It goes back to frames of reference. One of the things we found with Andrex Moist [the predecessor to Washlets] was that it was something consumers didn’t want out on display. People were embarrassed to have it.

My design brief to the agency at the time was “design me something that won’t look out of place in the bathroom”. We borrowed cues from other categories, removed the word ‘moist’ and got Dawn Porter to front the campaign. We broke taboos and came out of the closet with it.

Kleenex is obviously a bigger business and it’s a growing business so we are not facing the same need for revolution. It’s more evolution and things we learn from that.

The reliance on traditional media is a big topic for Kimberly-Clark, according to Kleenex European marketing director Sophie Woodford.

It is clear to see why digital will be a focus and why, when asked about her biggest challenge, she names digital as the next frontier.

“If I look across Europe, [the Kleenex brand] under-indexes in digital but I know that switch is happening now,” says Woodford. “Digital is one of the biggest channels that we want to focus on.”

Woodford adds: “Commercial programming is always a challenge. Understanding the quickly evolving digital and social channels and making sure that we are keeping up with the progress of change in those is one of the areas on our radar.” 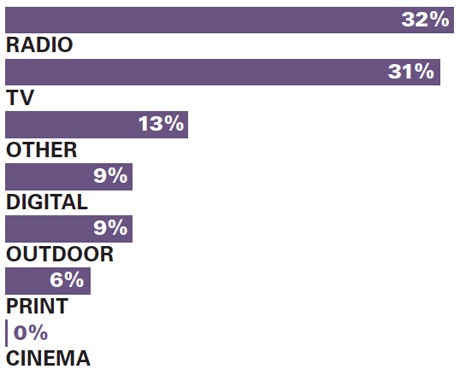