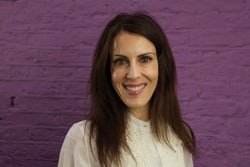 Marketing Week (MW): Tell us more about how Edun was established.

Vicki Reed (VR): [U2 frontman] Bono and his wife Ali Hewson wanted to bring “trade not aid” to Africa. The concept was to develop a fashion brand that would manufacture in Africa and motivate like-minded companies and individuals to do the same. They began working with designer Rogan Gregory, who designed a casual jeanswear line for Edun, and that’s what the company did for the first four or five years.

MW: What early challenges did the brand experience?

VR: Saying you are going to make clothes in Africa and actually doing it are two very different things. It was quite a bumpy ride in those early years, setting up structures and systems, finding facilities and factories and partnering with organisations. There was great support from the retail and trade communities and celebrities, but the process of doing it was very challenging.

MW: How have things moved on and can you explain how LVMH is involved?

VR: LVMH bought a 49% share of Edun in 2009. Designer Sharon Wauchob was then hired to raise the profile of our fashion label. Being part of LVMH gives us access to a kind of brotherhood of people. As a small company, the partnership allows us to share resources in a way that we wouldn’t otherwise have the ability to.

MW: How has the marketing strategy developed?

VR: Our new line comes out this month so it really feels like now is the time to support the brand with some strong marketing activity that we haven’t done before. We’ll do some print adverts in the US, UK and in some parts of Italy and France. We like the idea of people finding our messages in places you might not expect. We hope to do some outdoor this month in New York and in London around Fashion Week. We’re also planning some digital work around the event. We’re working with Jefferson Hack, founder of Dazed and Confused. We shot the campaign with photographer Ryan McGinley and we are very excited about the outcome because he has really understood the Edun vision.

MW: Is it difficult to fit in all your messages, from trade in Africa to sustainable production, when selling the fashion brand? 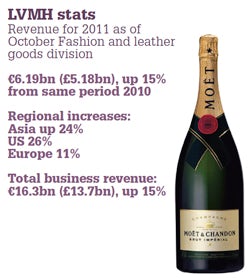 VR: It is hard to fit in everything we want to say. What we have found is that our commitment to developing trade in Africa is a thread that runs through everything but our main message is about the fashion.

If we don’t sell the clothes, there is no increased trade to Africa. We are a fashion company first with an ethical commitment.

MW: How does Africa influence the collection?

VR: We have done interesting partnerships with African artists. Our core designer Sharon brings some African detailing to the garments but they aren’t overtly African. This might be different from other fashion companies that have relationships in Africa.

MW: You joined Edun about six months ago. What attracted you to the role?

VR: I’ve previously worked at Nike, Donna Karan and Tommy Hilfiger. Although Edun is a much smaller business, I was attracted to it because of the combination of the ethos of the company and the product. The brand potential is amazing – this is a brand embracing the future of where things are going.

MW: How do Bono and Ali Hewson help to drive the business forward?

VR: Bono has relationships at government level and Ali works more on ground level with local organisations. Both are members of the board. Although Ali isn’t in the office all the time, she is involved on a daily basis and makes all the major decisions. A lot of the soul of the company comes from Ali in terms of what she believes in.

MW: Ali and Bono featured in a joint Louis Vuitton and Edun print campaign shot by photographer Annie Leibovitz. Would you like them to appear in further campaigns?

VR: Those images were very iconic, but I think that was a one-off and it was really a Louis Vuitton campaign rather than an Edun campaign. Our consumer is young and it’s not about what Ali and Bono wear. I don’t think they will be in front of the camera for us much again as fashion role models, although they will appear in publicity shots as company founders.

MW: Who is your target audience?

VR: We see them as 25 to 35 years old, somebody who cares about the world and considers themself a kind of global citizen. While they are socially responsible, they’re not an activist consumed by a cause. They like fashion but aren’t necessarily a label wearer. They have careers but aren’t all work and no play. They are about life experience.

MW: Is it possible for a brand to have such a strong ethical stance and also make a strong profit?

VR: I think being an ethical fashion business is a contemporary idea. If you take health food, for example, all health food used to have to be crunchy granola you bought from a hippy dippy place.
Then Whole Foods came along and you had food that could be organic and responsibly grown. It became more of an everyday choice.

An ethical fashion company should be the norm, because more companies are trying to make ethical choices in the way they manufacture. And more regular people are thinking about what kind of car they drive, what fuel they put in it, how they get to places, their carbon footprint, and how food gets from the farm to the table. 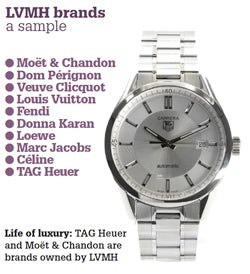 MW: Do you think Edun’s principles will spread across the wider LVMH group?

VR: We can motivate the companies within LVMH to think differently and, for example, examine where products are sourced, but then they also motivate us in other ways.

MW: What kinds of retail partnerships do you have?

We’ll be bringing the brand identity and campaign to the store level by opening more pop-up stores in London, France and the US with the forward notion of opening our own store. We would like to grow within our retail partners and we would like to open a [standalone] store.

MW: What other priorities do you have this year?

VR: Our goal is to raise the percentage of our products manufactured in Africa every year. This spring we will be at 37%, but we would like the next collection to take us to 40% by the end of the year. We are coming up with new programmes that will enable us to do more manufacturing in Africa.

In the past, we have partnered with other ethically minded brands such as Toms Shoes, who we ran an event with at New York Fashion Week last year.

We’ll keep working with these pioneers and we’ll continue to find more partners. In five years, it would be great to have a community of people that we have close relationships with that do things we find admirable.

Upmarket ethical clothing brand Edun was founded in 2005 by Ali Hewson and her husband, U2 singer Bono. It aims to be profitable while sourcing and manufacturing a proportion of its goods in Africa at a fair price to suppliers and to encourage sustainable development practices.

In 2009, Louis Vuitton parent company LVMH bought a 49% stake in Edun, providing a leg up for the company to become a global fashion brand. After slowly cultivating a strong supplier base and loyal audience, Edun is to launch its first above-the-line campaign this month to begin the essential task of growing brand awareness.

@CognitiveMatch: What do you plan to do with your direct marketing strategy?

Vicki Reed: We are going to support the brand with some advertising and communications this spring. We have made an investment that’s big for us but might be small for other LVMH brands. It’s about all the pieces of the company coming together at this one time, with greater clarity around our brand image and identity, and confidence in our manufacturing and practices in Africa.
On the digital side, we have an active community on Facebook, Tumblr and Twitter. We get everyone from YouTube fans to people who are passionate about causes and organic clothing, as well as pure fashion fans. We do need to refine and develop our social media voice. 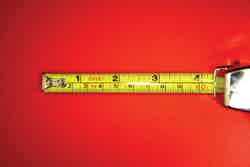 Most marketers will spend more on social media this year than last, yet few claim to know what they really get for their money. In response, the CIM is creating a testing ground with benchmarks for the industry to measure and share campaign success. Here, brands kick off the dialogue with their own experiences. 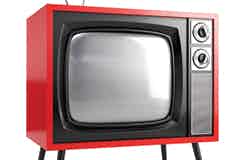 The box is the most trusted media channel when it comes to news content, but change is coming with the rise of smart TV, says a report.