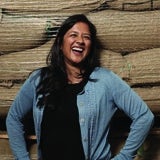 Marketing Week (MW): Are your international customers similar to your client base in the UK?

Mita Padhi (MP): Costa has 700 outlets outside the UK, in China, the Middle East, Russia and Eastern Europe. Through several rounds of insight and segmentation, we have discovered that the customer in the UK is very different from our consumers in other parts of the world.

In the UK, the average consumer age is 44. But in the international business, it’s just 28. That difference means that you need to have a stronger digital marketing presence in many other countries because these young people are social media advocates.

MW: Which global markets are most and least like the UK?

MP: The most similar market to the UK is the United Arab Emirates. It’s a very mature coffee drinking market and there is a lot of competition from Western brands. It’s not just Starbucks, there is Caffè Nero and Coffee Bean & Tea Leaf, which is huge in the US.

People in the UAE drink coffee as frequently as Brits, their spend is also the same and their habits are similar.

The markets least like the UK are probably China and India. The majority of both populations is under 25 and aspiring to be part of Western culture. They are looking for a place to hang out. It’s a tight-knit community, where people live at home for longer, so they need a place to go with their friends. A coffee shop becomes that place to socialise. Takeaway sales account for probably less than 10% of the business.

MW: How do you market the brand in China if it is so different from the UK?

MP: If you go to any Chinese shopping mall, there are Gucci and Prada stores. I’m not saying we are like Prada as a brand, but we sit next to its stores in some malls. So we have to be accessible but also premium. One of the phrases we used in our marketing last year was “everyday affordable luxury”.

This affects store design – it has to speak to that younger demographic using the outlets to socialise. It needs to be a bit more funky, cool and vibrant in its colour palette with soft seating. We can’t put UK store designs in, say, Shanghai because that’s not what people are looking for.

We also have to have a whole digital strategy there – not just Facebook, but how you talk to people on their mobiles. Blogging is huge in China, so we need to make sure we have the right messages and sentiment. That is a priority given the young target audience.

MP: Our consumer insight tells us that savoury snacking is vital for the Indian market, whereas in the UK, it’s more about cakes and pastries.

In India, the food is the difference between a store making money or not. It is such an important driver for customers there; it can play an equal role with the coffee.

MW: How do you adapt Costa’s food offering in other international markets?

MP: We offer people a premium Western coffee shop food selection. We have category A products, which appear everywhere. So every market will have, say, a blueberry muffin, a chocolate muffin, a croissant and a panini. These are the products that establish your core range.

Then we have category B products that are regional such as haloumi panini. In China, people like the fact that we serve Western food, but some customers prefer familiar flavours, so we might innovate by producing a Szechuan chicken panini.

Category C products, meanwhile, are bespoke for each individual market, such as Chinese mooncakes – these little cakes are given as gifts and we sell 175,000 a year.

MW: Which are your biggest competitors on a global scale?

MP: Our number one competitor is Starbucks. In China, it was there 10 years before us but it isn’t in India yet. There is a regional player in India called Café Coffee Day, which is expanding into Europe, that has become synonymous for many Indians with a café experience.

The quick-service restaurant brands come into it too, such as KFC and Subway. McDonald’s McCafé brand is also growing rapidly in Europe. 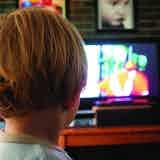 Several major companies, including Coca-Cola, Procter & Gamble and Nintendo, have signed a pledge not to use peer to peer marketing or child brand ambassadors in their campaigns. 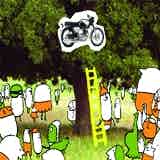 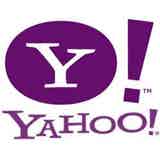