Marketing Week (MW): What is the importance of data and marketing in local media, and what is your role within this at Johnston Press?

Zoë Eastwell (ZE): In terms of data and marketing, there has been a lot of change in that historically Johnston Press has not done ‘marketing’ as such. We have two distinct audiences – advertisers and readers. Previously, it was for the editor and the team ‘on the ground’ to get the name of the local newspaper publicised using billboards.

A new marketing director joined Johnston a year ago and marketing – and data – have become far more important and will continue to grow. As part of that, we made a business case 18 months ago to build a new database. We are migrating onto a new platform at the moment, and it will enable us to do a lot more in terms of analysis, campaign management and marketing automation, which we were unable to do before.

MW: You were recently voted Data Professional of the Year at Marketing Week’s Data Strategy Awards after being nominated by your team. Why do you think you won?

ZE: I have seen a vision of where we need to go and got it moving, although we have not delivered anything just yet. Obviously, what we are doing is building. I have been saying ‘we have got to do it’ and fortunately somebody listened.

There were changes in the senior management team, who recognised the power of data and the need for a database that was up to speed with what is happening, so that we can understand our customers. e got the business case signed off to change platforms. It is a more expensive and ambitious system than we had before.

MW: Are you seeing any returns on the investment in the new database?

ZE: We are not seeing any pounds, shillings and pence yet, but we are seeing that the campaigns that are being sent out are starting to generate leads and some of those leads are converting.

It is still small-scale and a lot of it is testing.

I think we will see some returns this year. Exactly what they will be I do not know but we have got a business case we are trying to achieve.

MW: Can you outline what your new database investment involves?

We are also getting Coremetrics, which will allow us to pull in web browsing behaviour as well. When we get to the stage where people are signing up and logging in to Johnston Press’ websites and apps on every device, that is when we can start to make the connections and use Coremetrics to its full extent.

MW: How will these data tools improve Johnston Press’ performance as a company, and that of its local media brands?

ZE: Data is an enabler. On its own it does nothing, so we are trying to make sure that what we do with data enables the other teams, such as making sure the sales team can be more effective in their communication and in driving revenue; enabling the newspaper circulation team to talk better to customers in a more focused way and to deliver content that is more relevant because we know what they would like.

The key things for Johnston are growing total audience in digital and print, and on the advertising side growing revenues. Part of that is marketing, but part of it is also data security and data quality. We cannot do personalised mailing yet because I would worry about the quality of the data. We still have lots of name entries saying ‘the householder’ or ‘the old man at number 1’.

MW: How much data do you already have on your audiences, in other words the readers of your local newspapers and websites?

ZE: The majority of our audience are people buying a newspaper from a shop and/or having it delivered by their local newsagent. We do have a subscription offer as well, where readers can buy vouchers in advance, get a discount on those and use them as currency at the newsagent. One of our titles, The Scotsman, has been doing that for quite a long time but it is a more recent strategy for the rest of the business.

Therefore, we have to look at ways of getting our customers to engage directly with us and give us their details. That could be through competitions in the paper or online. Readers can register online to comment and receive a daily email newsletter.

MW: What proportion of your audience do you have individual data on?

ZE: The last time I checked, we had around 6 million unique records on the database out of a total audience of 24 million across all news brands. I know there are duplicates because there are some records where we have captured only an email address or a mobile number. There is plenty of scope for getting more, but there is absolutely no way we are ever going to get all our customers and understand them. We have to obtain as many as we can and analyse them, and then see what we can model for the rest of the people we do not know. We have to give people a reason to provide us their data and in most cases they do not want to.

MW: How can a news brand convince readers to give the company their data?

ZE: The incentives to register at the moment are being able to comment and receive a daily newsletter, which comes from an automated system that takes the news at the beginning of the day.

Personally, I think we should be looking at data walls, but that is only my opinion. The Sun and The Times have been successful with their paywalls and although I do not think that would work for us, it might give people the incentive to provide their details if they get more information as a result. For example, on the front page there might be a snippet of a story and readers might be able to go through and read a couple more stories and then they would have to give us their details. That is a softer way of gathering the data.

MW: Has Johnston considered moving its newspapers to a subscription model, so that it has personal data for every reader?

ZE: That really would not work. The local press model, where readers buy single copies from newsagents, has been in place for a long time, but I am quite envious of magazines that have a subscription model because their data is great – it has to be. It does work in Scandinavia, where news brands have a subscription model. There would be a lot of history to overcome in the UK.

MW: What are your ambitions for understanding readers’ behaviour across different formats and devices?

ZE: I am keen to understand the cross-over between print and digital. I know from my personal perspective that I can be looking at something on my iPad or my phone and then go to my desktop; they are all interchangeable. Tablets have made a massive difference to the way people browse – they read far more online. At the moment, our daily newsletter goes out to everyone at the same time every morning. But if I know that Zoe Eastwell reads hers at 4pm, why not push it then with the latest news?

We are a small but growing team. Analytics is one area we need to build on, but finding the right people is difficult – data scientists and people who have blue sky thinking, where I can say ‘here’s the data, go and mine it and see what it tells you’.

What is interesting about data scientists is that they are each really different characters. The key is to find one who understands data and can communicate it. They are rare, and if you find one, hang onto them.

Having data and marketing experience

It has helped me. My role is less analytics because I am not an analyst, but understanding data structures, databases and how tech works is important. I’m a jack of all trades, master of none because I have a foot in both camps. All the IT people think I am marketing, all the marketing people think I am data and IT – but that is good, because it means I can understand both sides.

It is difficult because technology is expensive. Technology such as the type we are considering comes in two versions. There is the one that is grown organically and one that is grown by acquisition. We have opted for the latter.

You cannot put technology in properly in three months, so there has to be a business case to acquire it in the first place. By the time you have got it, it feels like the world has moved on. It does cause problems, but I think you have to be single-minded about what your objectives were originally and not be broadsided by new things. 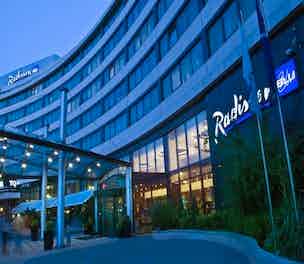 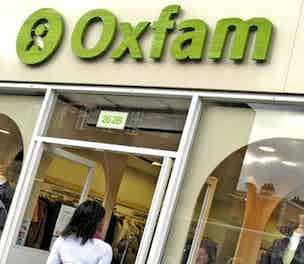 Oxfam is hoping to break a Guinness World Record and sign up to 40,000 new supporters as part of an experiential Mothers’ Day marketing drive aimed at explaining the relevance of the charity’s work to a new audience.