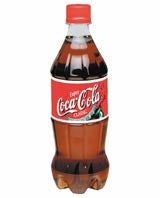 The Qibla Cola Company, the cola company launched this year to target the Muslim community, is launching a range of new soft drink products that will be supported by a &£1.5m advertising campaign.

The company is working with London-based agency Spirit Advertising to devise a campaign using ethnic satellite, cable, radio and press channels. The products will be aimed at those who do not want to drink American brands such as Pepsi or Coca-Cola.

The launches will include Qibla-5, a lemon-lime carbonate; Qibla Fantasy, a carbonate available in orange or mango flavours; and Qibla Spring water. The products will initially be available in 500ml and two-litre plastic bottles.

Qibla Cola, launched in February, will also be made available in 330ml cans. It is currently packaged in 500ml and two-litre bottles.

Marketing manager Abdul-Hamid Ebrahim says: “The Qibla brand offers a real alternative for people concerned by the practices of the major Western multinationals that support unjust causes and support the American administration.”

Distribution is limited to independent retailers although the Qibla Cola Company says it is willing to talk to chains that meet its “ethical criteria”. The company will rival Mecca Cola, which launched last November in the UK, also as an alternative to American brands.

Capitalize has merged with sponsorship specialist The Point Communications, but has retained the Capitalize brand name. The agency numbers Bombay Sapphire and JD Sports among its clients.

The Financial Services Forum has appointed Richard Samarasinghe as sales and marketing director. He joins from Abbey National where he was head of convenience retailing.

The heady days of the dot-com boom are long gone. But names such as Yahoo! and Amazon are turning a profit and appear to be here to stay. There are even some internet brands, such as Lastminute.com, that have managed to survive and carve out a niche in markets where there are already strong offline […]