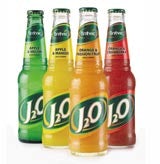 Brands need a strong and memorable identity to stand out from the crowd, but to stay alive and well, they must change with the times. So what is the secret of longevity? asks Sarah Rayner

In a competitive market, brands fall in or out of favour on an almost daily basis, so keeping their identity relevant and desirable is a major issue. But just how do marketers keep a brand focused while moving with the times?

One solution is to create a framework with elements of flexibility. This allows emotional elements to evolve and helps to create a credible personality. Fitch planning director Pearse McCabe says: “For a long time, we have lived with the accepted wisdom that good branding is all about consistency of execution and application. This discipline has served many brands well. But in a world where consumers are looking for grown-up and equal relationships with brands, this is no longer enough.”

For McCabe, the secret of a strong identity is continuity, and he believes brands should be viewed as organic, living entities. “I’m interested in how we can give brands the necessary tools to express their personality, allowing them the space to grow, change and interact with the world. The focus should be on delivering something that lives with audiences – identities that are not about where the brand appears on the letterhead, but about how consumers interact with and can have some kind of ownership in creating them.”

McCabe cites a brand design for Dunlop. While the brand has built up credibility and respect, buying new tyres is a distress purchase. He says: “To counterbalance this, we emphasised the assets: the ideas of being great and British. Then, alongside strong branding in upbeat environments such as the pit lanes at Silverstone, we ensured it translated into less glamorous surroundings such as waiting rooms at Kwikfit.” So what did branding look like? Rather than using the logo, Fitch kept it simple. “The best way to achieve this was to own yellow,” says McCabe.

Sometimes, the solution is less straightforward. Work over two years for the Asian Games in Qatar, scheduled for December 2006, is an example. “Initially, the emphasis was on showcasing the country and building a legacy; now, it is about building excitement. We are not just looking one way at consumers, but at what they can bring to the party.” McCabe believes there is a lot more work of this nature about. “Take Innocent. There is a real joy in witnessing an identity that doesn’t feel as if it has been shoved through the corporate sieve several times. It’s empowering.”

In contrast, an identity that seemed strong and memorable at its inception can now seem rigid and limiting. At its launch, the Direct Line phone was a useful mnemonic, but now it seems to hamstring the brand. “You need to change when your identity has been allowed to date to such an extent that it acts as a barrier rather than an enhancement to what you are communicating,” says Max du Bois, director of design consultancy Spencer du Bois. The phone is no longer funky and relevant, and to put a mouse on wheels alongside it seems an afterthought.

Styles and fashions change, so the more faddish an identity, the quicker it will date. One option is to keep the core logo on track, and to evolve the brand language around it, a balance du Bois believes Scottish Widows has got right. “The logo remains simple type with a graphic, but it’s had the sense to keep the widow removed. Thus the core continues to build brand trust, while she can be updated.”

He says that the secret to longevity is to identify a genuine point of difference – a philosophy reflected in the identity created for the Royal Academy of Engineering. “Mankind’s first tool was the hand axe. We created a modern interpretation of that technology, but an abstract one. Around that core identity, we created an energetic design system – full of sweeps and impact,” he adds. “We gave engineering sex appeal – after all, these are the people who make big buildings and planes. Thus we tapped into a fundamental aspect of what the academy is about, but one that is distinctive and relevant today in order to appeal to a younger, broader audience.”

What about the not-for-profit sector, where the benefits aren’t so obvious? Nearly 20 years ago, Saatchi &amp; Saatchi ran an ad campaign for The Multiple Sclerosis Society where the visual was a ripped spine. While the campaign was hugely successful, the MS logo that sprang from it had become dated.

“The [identity] was unnecessarily complicated, but, more importantly, it was insensitive,” says du Bois. “The core logo – a black MS with a complete break in the ‘M’ – revolved around fear. This might have helped to raise funds but did not work for sufferers, who felt the suggestion that someone with MS was broken was negative. So we shifted the M – instead of a break, now there is an interruption. This conveys that MS is an unpredictable, multi-faceted condition and gives a message of empathy, love and support.”

For Andy Knowles, chief executive of packaging design company JKR, it’s important to emphasise the level of change should be commensurate with the way a brand is performing. He states: “There’s no point in change for change’s sake.” So for Britvic’s J20, it was a case of uplifting the design to maintain relevance. The logotype was redrawn to be more single-minded and confident, and the labels finessed to reflect an increased adult sophistication. But the off-centre, lozenge-shaped label was retained as one of the brand’s visual equities. “If it ain’t broke, you don’t fix it,” he says.