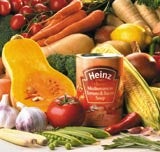 HJ Heinz has appointed Paul Kaye as its top marketer in the wake of the advertising budget freeze (MW July 21) and the departure of brand vice-president Scott Garrett.

Kaye, vice-president of quick-serve meals at Heinz, has been handed responsibility for overseeing all marketing and the sales services team at HJ Heinz as the company restructures its marketing department and conducts a review of its brand portfolio.

Heinz’s decision to put a hold on advertising came after its &£470m acquisition of HP Foods in June. The food giant decided to undertake a strategic review of its brand portfolio and the company announced that it is considering axing non-core brands, including Linda McCartney and John West.

Heinz has said that it intends to continue its trade marketing initiatives. Insiders say there are concerns among staff that the freeze on advertising will halt brand-building and have a negative effect on brand awareness, as trade marketing spend does not have the same impact on consumers as above-the-line campaigns.

Heinz has diverted its marketing spend away from mainstream advertising before. In 1994, the company reversed its advertising strategy and, following a major agency review, moved the bulk of its spend to below-the-line. But after four years, Heinz made a return to above-the-line advertising, after concerns that brand awareness had been eroded.

The Royal National Institute for the Deaf (RNID) has appointed Euro RSCG London to handle its &£4m UK advertising account as it plans a major campaign for later in the year. Euro RSCG London won the account earlier this week after pitching against Ogilvy &amp; Mather and JWT. The agency has been tasked with developing […]

LG Mobile has signed up as the first official partner of Fulham Football Club in a two-year deal worth close to £1m. LG becomes the official mobile handset partner of the club and parent LG Electronics the official consumer electronics provider. The deal is LG’s second with a Premiership club after it signed a similar […]

How many businesses can say that they know their customers inside out? Very few indeed. The importance of obtaining high-quality demographic information has been a hot marketing topic for years, but businesses are still getting it wrong. The efficiency and process of “getting to know your customer” can be improved if the right tools are […]