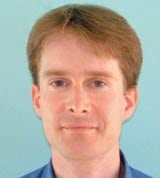 The Radio Advertising Bureau (RAB) is risking its reputation as a neutral promoter of the radio industry by siding with Rajar in its row with Kelvin MacKenzie’s Wireless Group over the adoption of electronic audience measurement, according to radio buyers.

The comments follow a letter from the RAB to the heads of radio at media agencies, reacting to the results of Transport of London’s (TfL) use of Rajar and GfK Media data to plan a campaign (MW December 11, 2003). The research, carried out by media agency PHD and market research company NOP, suggests that GfK’s data is more effective than the Rajar figures.

One radio buyer says that while it is difficult for Rajar to discuss the case for legal reasons, it is unusual for the RAB to take such a strong line on the issue. He says: “The RAB speaks about being neutral and then does the job Rajar should be doing.”

Another buyer adds that the RAB should remain impartial, because it is supposed to represent members’ interests in terms of selling the medium, rather than taking a position on this issue: “The RAB could tarnish its image by getting involved in this way.”

RAB client services director Mike O’Brien defends the decision to send the letter, saying that the RAB was responding to its customers. He says: “The RAB does not understand several of the claims being made by the Wireless Group – these questions have been shared with customers to help them develop their own informed opinions.”

Wireless Group national sales director Ashley MacKenzie says: “It is unbelievable that our competitors, using the voice of the RAB, are turning their guns on the integrity of one of radio’s largest customers, one of the country’s leading media agencies and one of the world’s largest research companies.”

The Wireless Group is taking legal action against Rajar, claiming that the measurement body’s decision not to adopt electronic measurement was losing it significant revenue (MW March 18).